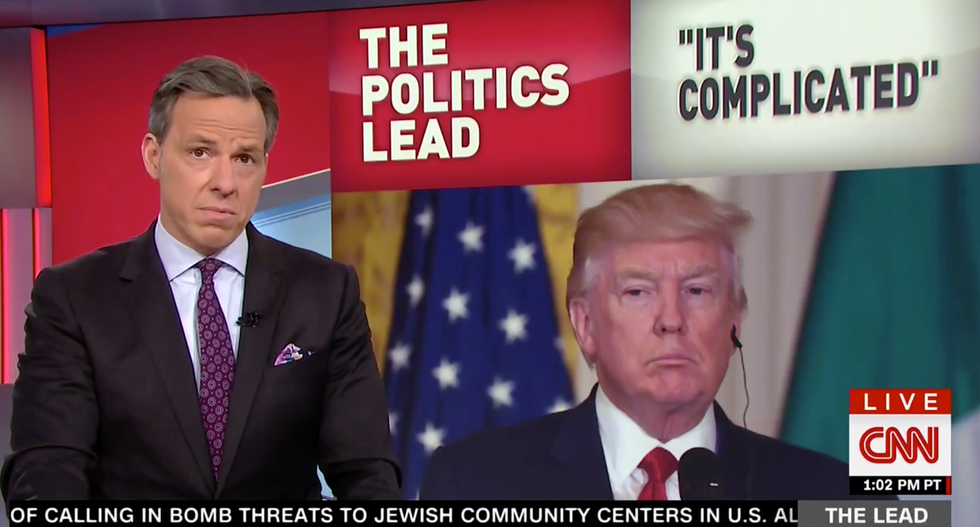 CNN’s Jake Tapper on Friday placed the blame for the state of Donald Trump’s administration squarely on the president’s shoulders, noting the historic number of leaks coming from the White House are spurred, in part, by “people that are concerned about this president and his temperament and his fitness.”

“Is it fair to say, do you think, that President Trump is his own worst enemy when it comes to getting this out of the headlines?” Tapper asked Bush-era Assistant to the President for National Security Affairs Stephen Hadley. “I mean, he is the one who fired Comey, he’s the one that allegedly made this comment [about] Comey, he’s the one who wasn’t honest … about the reason behind the firing.”

“You could go on an on,” Tapper continued. “All the sudden you have a special counsel. That wouldn’t have happened two weeks ago were it not for President Trump’s actions.”

Tapper later turned to leaks coming from the White House after two bombshell reports were published in rapid-fire succession on Friday afternoon.

“I think some of the leaks are coming from people that are concerned about this president and his temperament and his fitness,” Tapper said.