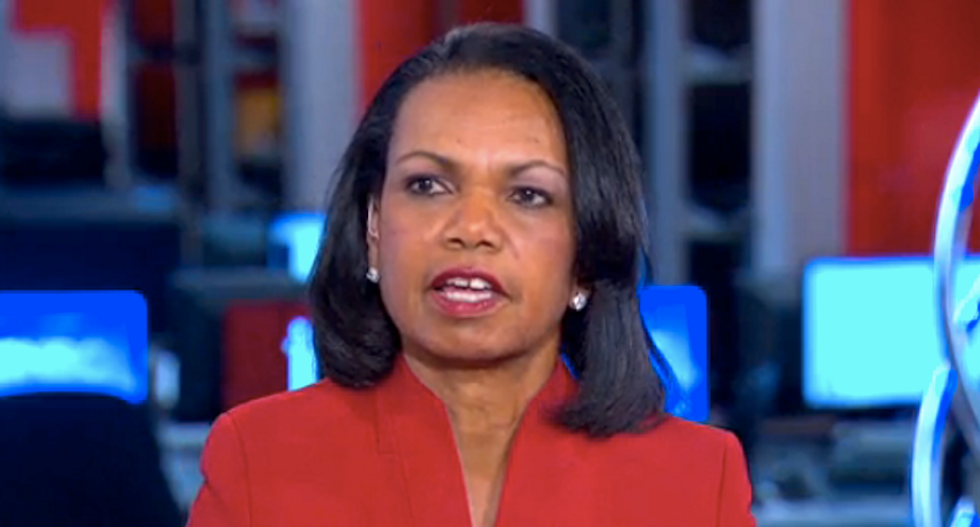 Condoleeza Rice wants to see Russia punished for interfering in the U.S. presidential election -- which she said was revenge against Hillary Clinton.

Rice, an expert on the Soviet Union and Russia, said she would have warned Putin that he would be punished for meddling in the election while also expressing "absolute confidence" in the democratic process.

"(That would) take away from him that psychic satisfaction of watching us spin around," she said.

Clapper, the former director of national intelligence, testified that Russia had withheld documents stolen from the Republican National Committee but instead released only documents that could hurt the Clinton campaign.

"I do think there was great animosity toward Secretary Clinton in the election, but they've been interfering and trying to interfere for many, many, many years in our elections -- this is just a particularly effective way to do it," Rice said. "Cybersecurity is a new tool, in a sense. I would be careful about jumping to the conclusion that they wanted to elect somebody. I could imagine that anybody who was opposing Secretary Clinton might have been their preference."

Rice suggested the Obama administration had not properly kept tabs on Putin and Russia in the years ahead of the election, so she wasn't confident in their assessment of actions taken during the campaign.

Rice said the grudge against Clinton wasn't personal, but part of his longstanding animosity toward the U.S. for criticizing him and his regime.

"She was the vehicle for having criticized his election as illegitimate," she said. "I don't want to jump from that to he wanted, therefore, to elect someone else. Again, I repeat, he's an eye-for-an-eye person, right? This is about punishment of Americans, who he believes have questioned his legitimacy as president of Russia."