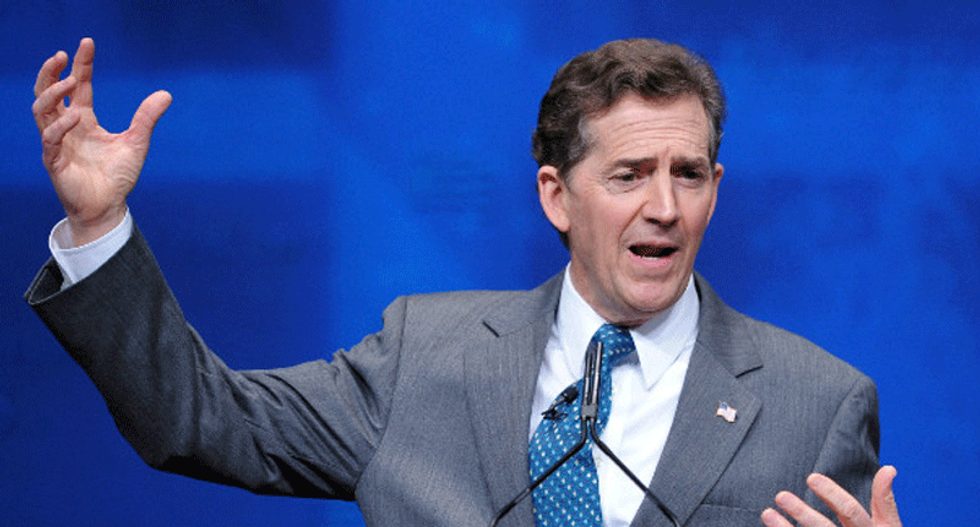 The Heritage Foundation, a leading conservative think tank that has gained influence in Republican-controlled Washington, fired its leader Jim DeMint on Tuesday, and sources close to the situation said the organization's leadership determined he had veered too far from its conservative principals and too close to U.S. President Donald Trump's White House.

A scathing statement from Thomas A. Saunders III, chairman of The Heritage Foundation’s Board of Trustees, did not go into specifics of any disagreement but did cite problems with internal communications and other "management issues."

"After a comprehensive and independent review of the entire Heritage organization, the Board determined there were significant and worsening management issues that led to a breakdown of internal communications and cooperation," Saunders said in a statement.

"While the organization has seen many successes, Jim DeMint and a handful of his closest advisers failed to resolve these problems."

Ed Feulner, who previously served as the Heritage president, will return to the role in an interim capacity until a replacement is found, according to a statement from the Heritage board.

DeMint, a former senator from South Carolina, took over the organization in 2013 after he retired from public office. Since then, he has transformed the organization once known for research and white papers into a political behemoth. For instance, he created an arm of the organization devoted entirely to influencing elections and pushing lawmakers to side with the group's policy positions.

But as DeMint transformed the organization, unease grew within its ranks, according to the sources.

After Trump was elected, more than a dozen staffers from the Heritage Foundation and its political arm Heritage Action were deployed as volunteers to help with the transition process. Heritage staffers worked on teams deployed to set up a Trump government at the EPA, the Office of Management and Budget and the departments of Defense, Energy, Health and Human Services, State and Treasury. An additional seven volunteers on the transition team had ties to Heritage, either having worked there before or working as a non-staff expert with the think tank.