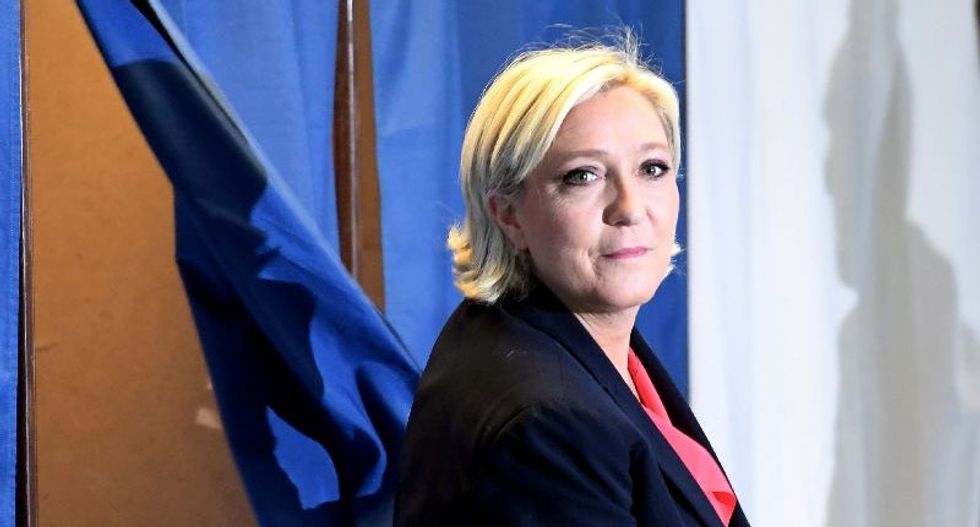 After Austria and the Netherlands, the defeat of France's Marine Le Pen in a presidential run-off is a new blow for the European far-right but its march to power is far from over, analysts warn.

Victory appeared tantalisingly close for the 48-year-old, who had hoped to finish on Sunday what her father had failed to achieve in 2002: win the second round and save "the French civilisation" from the clutches of globalisation.

Her campaign tapped into fears over high unemployment, immigration and the rising threat of jihadist terror attacks.

But Le Pen's intention to leave the eurozone proved a red flag to many and the presidential crown went to the pro-EU Emmanuel Macron, who bagged 66 percent of the vote against Le Pen's 34 percent.

This is the third setback for Europe's far-right in six months.

This was followed by the defeat in March of anti-Islam MP Geert Wilders in Dutch elections.

But some analysts say these are just stumbling blocks for the far-right, which has been buoyed by Britain's decision to quit the European Union and Donald Trump's upset win in the US election.

Far-right movements "exert their influence not by governing, but by constraining the room for manoeuvre for centrist parties," said Carsten Nickel of the Teneo think-tank in Brussels.

"We can't talk of a bad year for the far-right. In Austria, Hofer got close to 50 percent. In the Dutch case, the traditional centre-left has been completely wiped out and Geert Wilders is a serious player in parliament," he added.

Wilders' Freedom Party gained five seats in March, making it the second-largest party in the country.

And while Macron's win against Le Pen was "a good result", it's "much weaker" than the crushing defeat suffered by her father Jean-Marie Le Pen at the hands of Jacques Chirac in 2002, Nickel said.

In fact, Sunday's result was the highest-ever score in a presidential election in the FN's 44-year history.

In her concession speech, Le Pen hailed the FN as France's main opposition player and proclaimed a new faultline has been drawn "between patriots and globalists".

"Let's not fool ourselves: the score shows that... there is a real desire for far-right extremism in the population," French historian Nicolas Lebourg told French newspaper Liberation on Monday.

"Well done anyway, millions of patriots voted for you! You will win - and so will I," Wilders told Le Pen in a Tweet.

In Austria, FPOe leader Heinz-Christan Strache said the result paved the way for another "historic" success in France's parliamentary elections in June.

The FPOe itself is riding high in opinion polls and hopes to win parliamentary elections due in late 2018.

"She still took more than a third of the votes cast, and the consensus is that she will be a far more significant force come 2022 if France follows its current economic trajectory," London-based economic analyst Peter Ashton said.

"Far-right populists in Austria, the Netherlands, Germany and France... are probably stronger than ever and nothing indicates that they will disappear," said Sweden's Svenska Dagbladet.

"Mr Macron needs to show the French people that he is indeed the alternative they were waiting for. If he cannot, Ms Le Pen or perhaps another Le Pen will be waiting," said Britain's Times newspaper.

"Even if people feel uneasy about globalisation, the economy and immigration, they understand that the far-right offers more wishful thinking than credible strategies to solve these problems," he said.

According to Janning, this explains why Le Pen announced on Sunday that the FN would be transformed into a "new political force".

"She senses that she cannot afford another major loss so I see her trying to capture the conservative spectrum."