Ex-CIA officer: 'Give the president of the United States a pacifier and a rattle and put him in the crib' 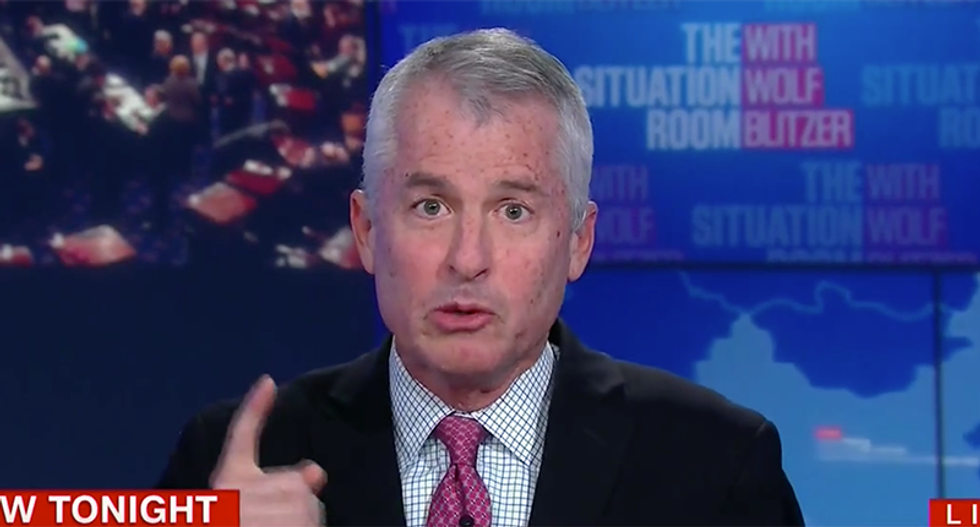 Appearing on CNN, former CIA official Philip Mudd scoffed at President Donald Trump for believing that he can take on the FBI, saying no one should take the president seriously.

Responding to Trump's threatening tweet aimed at fired FBI Director James Comey, Mudd laid into Trump saying he was way over his head if he thought he could use his bully pulpit to cow an agency that has been around since 1908.

Pressed by host Kate Bolduan to "get inside Trump's head," Mudd blistered the president.

"You feel like you've got to give the president of the United States a pacifier and a rattle and put him in the crib. You're threatening the FBI, who's in the midst of an investigation of presidential aides?" Mudd added sarcastically. "The FBI's been around since 1908. The president of the United States has been around for three and a half months. If you think you're going to intimidate the former FBI director and the dozens of people in the workforce who are conducting this investigation with the Department of Justice, you've got another thing coming."

"This is a joke. And nobody in the investigation would take this seriously," he concluded.

Watch the video below via the Media Research Company: