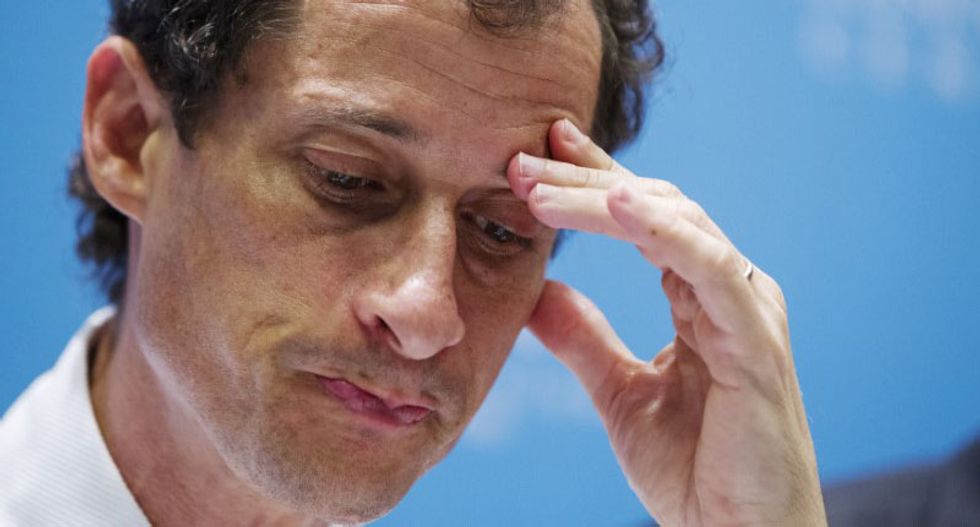 Former U.S. Congressman Anthony Weiner was expected to plead guilty in federal court in New York on Friday, months after U.S. prosecutors opened an investigation into his alleged "sexting" with a 15-year-old girl that eventually played a role in the U.S. presidential election.

A spokesman for the law firm representing Weiner, Covington & Burling, said he would plead guilty before U.S. District Judge Loretta Preska on Friday morning but offered no further details. The charges were not immediately known.

The former Democratic congressman saw his political career implode after a series of scandals involving his inappropriate sexual exchanges with women online. U.S. authorities have been investigating reports that Weiner, 52, sent explicit messages to a 15-year-old girl in North Carolina.

Federal agents seized Weiner's laptop during the probe and discovered a batch of emails from his wife, Huma Abedin, a senior aide to Hillary Clinton, the Democratic nominee for president in 2016.

As a result, James Comey, then director of the Federal Bureau of Investigation announced in late October that the agency was reviewing the messages to determine whether Clinton had mishandled official correspondence.

Clinton and other Democrats have blamed her loss to Republican Donald Trump on Comey's announcement, even though Comey said days before the election in November that the review had uncovered no new evidence.

The controversy centered on Clinton's use of a private email server while she was U.S. secretary of state. Trump and other Republicans accused her of endangering national security by exposing classified information to potential hacking.