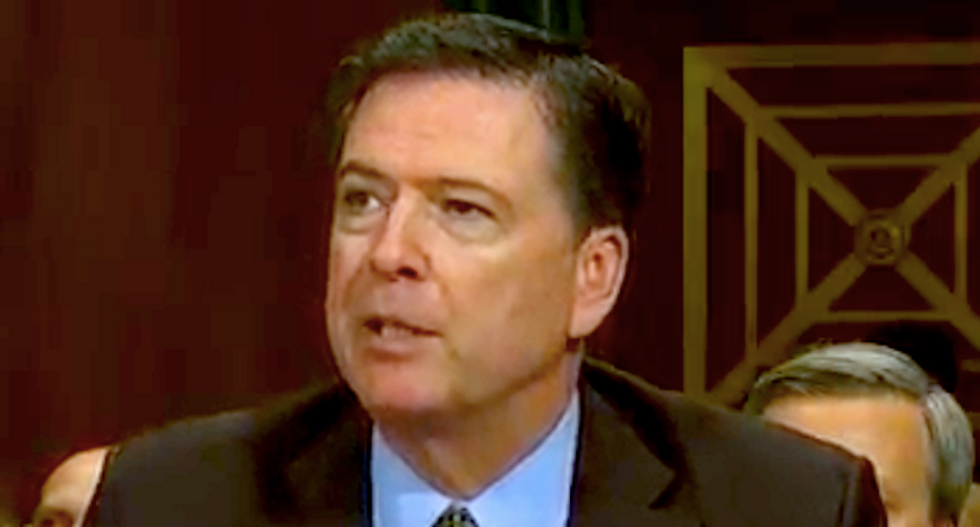 FBI Director James Comey said Russia was still meddling in U.S. politics -- as Vladimir Putin is doing all over the world.

Comey testified Wednesday morning before the Senate Judiciary Committee, where he told senators that Russia posed the greatest threat of any nation in the world.

Sen. Lindsey Graham (R-SC) questioned Comey about whether Russia had attempted to influence the U.S. presidential election, and the FBI director agreed.

Comey also agreed that Russia was "is still involved in American politics," but he did not elaborate.

He agreed with Graham that Russia should pay a price for those efforts, and the only way to stop them from interfering was to impose penalties.

Comey said FBI investigators found evidence of Russian efforts to hack into voter registration systems, but no evidence that any votes had been changed.

The FBI director confirmed at a previous congressional hearing that the Trump campaign was under investigation for alleged ties to Russia.