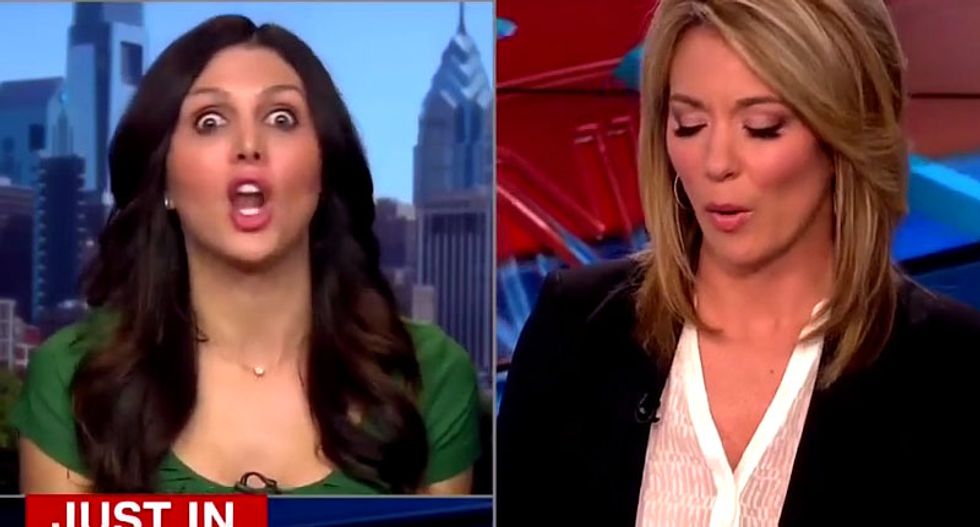 Former “Apprentice” contestant Erin Elmore on Tuesday veered completely off-topic during a discussion on the all-male Senate healthcare group, insisting the group of gentlemen are “speaking on behalf of women” because they’re elected representatives.

Speaking with CNN’s Brooke Baldwin, Elmore responded to a question about the 13 men currently crafting the Senate’s iteration of the healthcare law by rattling off ObamaCare statistics and insisting it's not “taking that long at all” for Republicans to address the optics of an all-male healthcare group.

Baldwin noted it’s taken the GOP five days to address the gender disparity, pressing Elmore on why changes haven’t been made to ensure equal representation in the bill.

“I’m not sitting on Capitol Hill, that’s what your reporters should have addressed,” Elmore countered. “What I will tell you is ObamaCare is absolutely imploding, premiums are skyrocketing and through the roof”

“Oh, we’re not talking about ObamaCare? I thought we were!” Elmore said sarcastically.

“All of these 13 gentlemen on this committee right now, they’re all elected officials,” she continued. “They weren’t just elected by men, they are speaking on behalf of women.”

“Why is it taking backlash … for them to take note and finally address the optics?” Baldwin countered. “I have an issue with that.”

Zerlina Maxwell, Director of Progressive Programming for SiriusXM and former Hillary Clinton campaign staffer argued it is an issue that the healthcare group is only men because “representation is important. Having diverse perspectives in the actual room making the decisions” is important.

The segment later turned to comedian Jimmy Kimmel’s viral plea to Congress to expand healthcare protections, prompting Elmore to declare Kimmel is a “misogynist himself.”