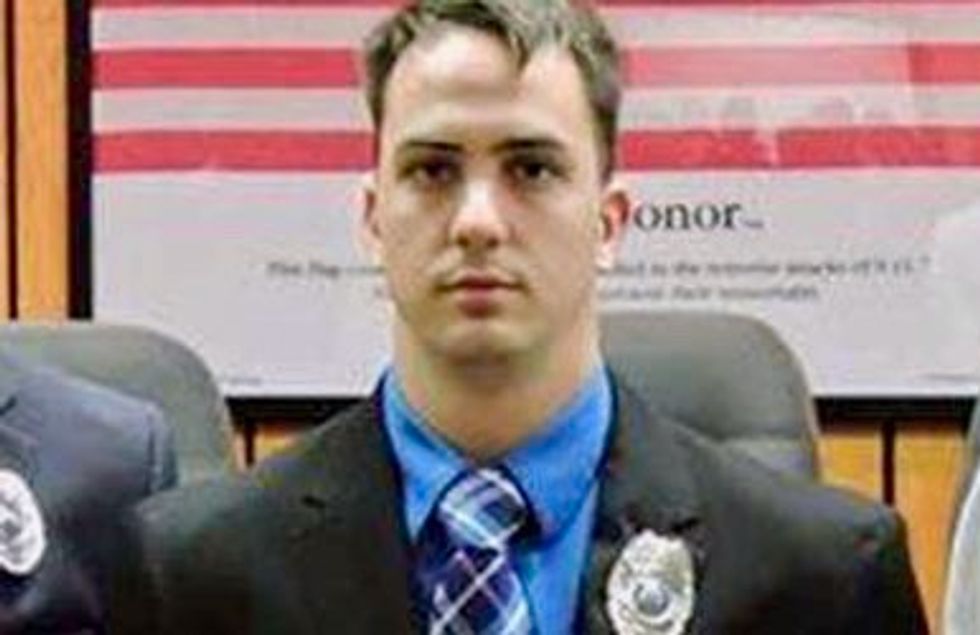 A former police officer sued a West Virginia city on Wednesday, saying he was fired for endangering colleagues after he chose not to shoot and kill a man who was brandishing a gun during a domestic incident.

Stephen Mader, who was an officer for the Weirton Police Department, had responded to the home of R.J. Williams in May 2016 after Williams' girlfriend said he threatened to harm himself.

Williams, who was holding a firearm, repeatedly told Mader to shoot him, according to the lawsuit, filed by the American Civil Liberties Union of West Virginia.

Mader told Williams to drop the gun before two other police officers arrived and one shot Williams in the head, killing him, the wrongful termination lawsuit said.

Mader said he was certain Williams was suicidal.

"He didn't appear angry or aggressive," Mader said in a statement by the West Virginia ACLU. "As a Marine vet that served in Afghanistan and as an active member of the National Guard, all my training told me he was not a threat to others or me. I was just doing my job."

The city of Weirton said in a statement it had not received a copy of the lawsuit as of Wednesday, nor had it been made aware of any allegations.

"From the city's aspect, it's premature for us to publicly comment on a lawsuit that we haven't yet received," the statement said.

A representative for the police department did not respond to a request for comment.

Police later found the gun held by Williams was not loaded, the West Virginia ACLU said. The police department placed Mader on administrative leave and then fired him for putting other officers at risk, according to the lawsuit.

City officials said in September last year that Mader was terminated for "conduct unbecoming an officer" after a series of unrelated incidents, adding in a statement that he endangered the community by showing "careless disregard" for his duties.

The city also criticized Mader's handling of the incident that ended in Williams' death, saying the officer escalated the situation by using profanity before weapons were drawn.

Joseph Cohen, executive director of the ACLU of West Virginia, said in the statement that city officials kicked Mader off the force and then "publicly attacked his character" with false allegations after he spoke out.