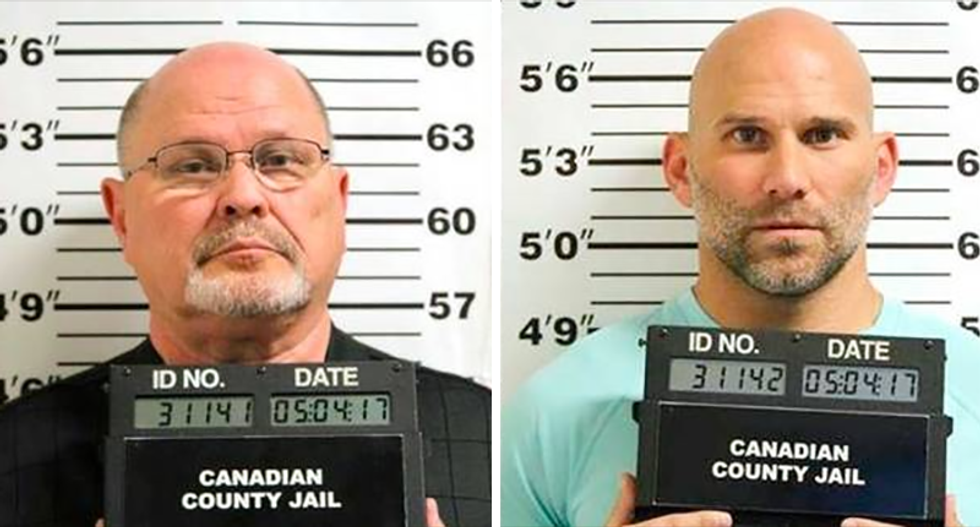 Former Fox Business News expert and CEO Ryan Tate and his father Richard have been indicted by the Oklahoma Attorney General's office on eight felony charges and one misdemeanor count for their shady Tate Publishing company. The charges include a misdemeanor embezzlement, three felony attempted extortion by threat and each for felony racketeering.

The company was started more than 20 years ago, according to The Tulsa World and worked with thousands to publish their books and music. Suddenly, however, Tate Publishing was being sued by printing services for millions. They abruptly closed in Jan. 2017 and lost additional suits brought by Xerox and Lighting Source when Tate failed to comply with subpoenas.

The attorney general's office received over 800 requests to investigate the publishing company for complaints by people who felt they were scammed by the company.

“A review of bank records shows that monies derived from the sale of publishing or music production services were deposited into business checking accounts and then transferred to Ryan Tate and Christy Tate and/or Richard Tate and Rita Tate's personal checking accounts,” Agent Elizabeth Fullbright said during a press conference.

“Bank records also show that the $50 processing fee checks from authors, made payable to Tate Publishing, were deposited directly into both Tate Publishing checking accounts and the personal bank account of Richard and Rita Tate. Richard and Rita Tate's account appears to be used for personal transactions, including dining and entertainment at casinos in Oklahoma,” she revealed.

"The righteous will prevail. I've spent a lot of time this weekend in tears with my family," Tate told workers. "Good people are going to lose their jobs. It's not fair, it's not right, but that's the reality of the situation. Any good organization -- Jesus himself is the perfect mix of mercy, grace and justice. And I've probably failed you that I've been a little too lenient and a little too on the side of mercy and grace and not enough justice."

He went on to say that he's looked the other way and let a lot of things go.

"I tried to be nice. I trusted you. Good God!" Tate exclaimed. He then accused them of being on Facebook or watching Netflix while at work. "I trust you. But all I get is bellyaching, moaning, groaning, the grass is greener on the other side. How stupid do you have to be, in this day in age, in this economy to even play with fire like that?"

If convicted the elder Tate will likely die in prison while his son "plays with fire" behind bars for quite a while. Additional charges might be added as the investigation continues as they sift through the hundreds of complaints. The attorney general's office isn't clear on how much money was "wrongfully obtained" by the Tates.

Below you can listen to the older audio recording of Tate berating his employees before crying and telling them they'll be called into his office one-by-one to be fired.