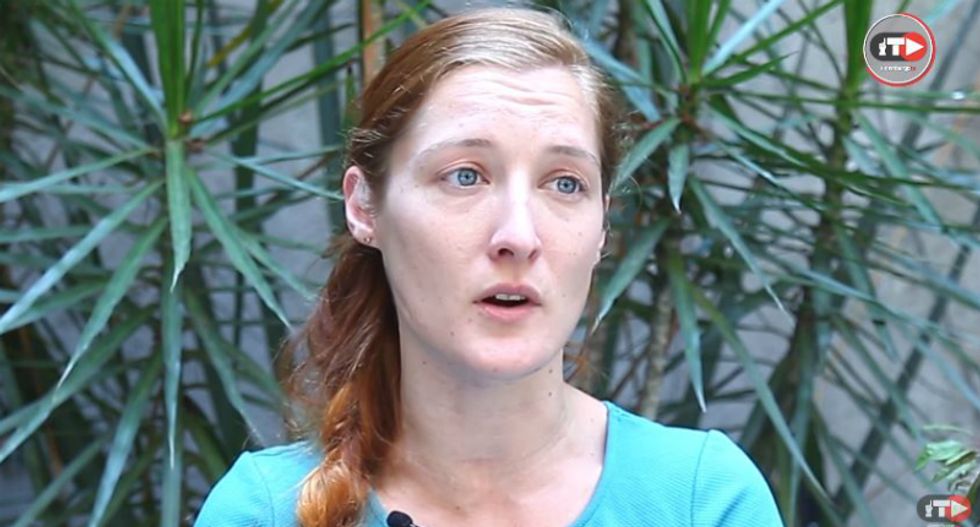 Activist Andrea Noel speaks to Mexican TV in 2016 (via screengrab).

As headlines about the Manchester explosion and the tragic deaths it caused continue to dominate headlines, one group of trolls succeeded in twisting the viral news story to achieve nefarious ends.

According to an article by The Daily Beast, Andrea Noel became the subject of a targeted harassment campaign by what she refers to as "misogynist trolls," most of whom come from places like 4chan and elsewhere. According to the report, spreading false rumors with the intent of going viral and smearing or drawing attention to their targets is a patented 4chan maneuver.

Despite living across the world in Mexico City, Noel told the Beast that she began seeing her face in posts about missing people. Soon, she said, those posts had been retweeted thousands of times.

This isn't Noel's first brush with this brand of trolls. Last year, after she was sexually assaulted in public in Mexico City, her story went viral -- and so did the harassment she suffered by "a Mexican shock jock" and the Internet trolls that joined in on the fun.

“I’ve been combatting misogynist trolls and this is just one other extension of a yearlong fight against these people,” Noel told the Beast.

Along with a few other virally-famous people who were miles away from Manchester at the time of the attack, Noel's photo made it onto Fox & Friends when they showed a tweet featuring her.

According to the article, "Fox & Friends, along with many others on Twitter, had been duped by online targeted harassment campaigns, taking advantage of the virality of tweets during a crisis to extract revenge on online enemies."

They were far from the only ones -- the majority of people who RT'd tweets saying she was missing were also unwittingly pulled into the harassment scheme.

"All of this energy that could’ve been put into genuine social work was put instead into trollishness," Noel said.

Read the entire report via The Daily Beast.