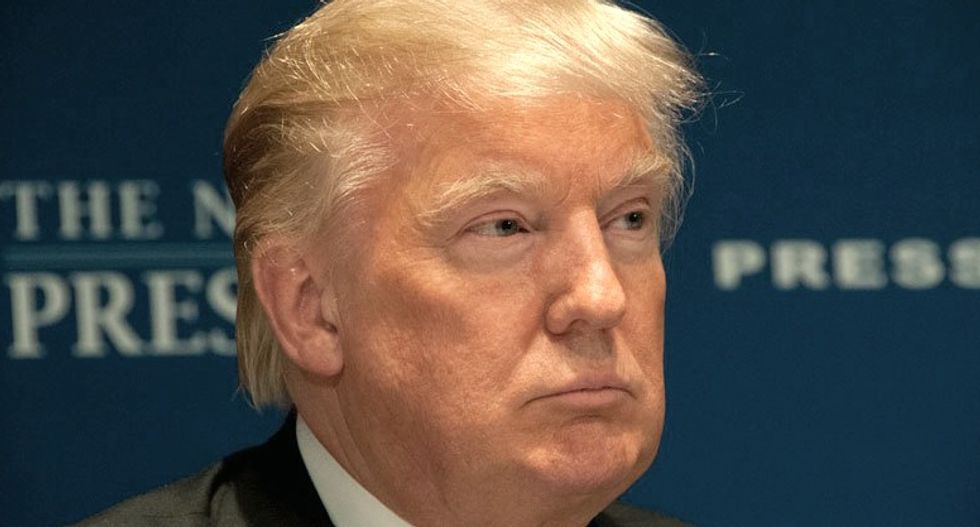 Germany on Monday unleashed a volley of criticism against US President Donald Trump, slamming his "short-sighted" policies that have "weakened the West" and hurt European interests.

The sharp words from Foreign Minister Sigmar Gabriel came after Trump concluded his first official tour abroad which took him to Saudi Arabia, Israel, Brussels and then Italy for a G7 summit.

They also followed Chancellor Angela Merkel's warning on Sunday that the US and Britain may no longer be reliable partners.

Germany's exasperation was laid bare after the G7 summit which wrapped up on Saturday with the US refusing to sign up to upholding the 2015 Paris climate accord.

Days earlier, in Saudi Arabia, Trump had presided over the signing of the single largest US arms deal in American history, worth $110 billion over the next decade and including ships, tanks and anti-missile systems.

Gabriel said Monday that "anyone who accelerates climate change by weakening environmental protection, who sells more weapons in conflict zones and who does not want to politically resolve religious conflicts is putting peace in Europe at risk".

"The short-sighted policies of the American government stand against the interests of the European Union," he said, adding that "the West has become smaller, at least it has become weaker".

"We Europeans must fight for more climate protection, fewer weapons and against religious (fanaticism), otherwise the Middle East and Africa will be further destabilised," Gabriel said.

Germany's harsh words for Washington, traditionally a close ally, were highly unusual and came as relations have grown increasingly frosty.

When Trump was inaugurated in January, Merkel had told the billionaire and social media star that cooperation would be on the basis of shared democratic values.

The relationship between Merkel and Trump contrasts with the warm ties between her and former US president Barack Obama -- who last week travelled to Berlin to attend a key Protestant conference.

Obama's participation in a forum with Merkel last Thursday came on the eve of her meeting with Trump in Italy during the G7 summit.

After the summit, Merkel said at an election rally in southern Germany that "the times in which we could completely depend on others are on the way out. I've experienced that in the last few days."

"We, the Europeans, will have to take our fate into our own hands. Our friendship with the US, the UK, our neighbourly relationship with Russia and also with other countries count of course. But we must know, we have to fight for our own future," she said.

In response to Merkel's comments, Britain said it would be a "strong partner" to Germany.

"As we begin the negotiations about leaving the EU, we will be able to reassure Germany and other European countries that we are going to be a strong partner to them in defence and security and, we hope, in trade," interior minister Amber Rudd told BBC radio.

"We can reassure Mrs Merkel that we want to have a deep and special partnership so that we can continue to maintain European-wide security to keep us all safe from the terrorists abroad and those that are trying to be nurtured in our country," she said.