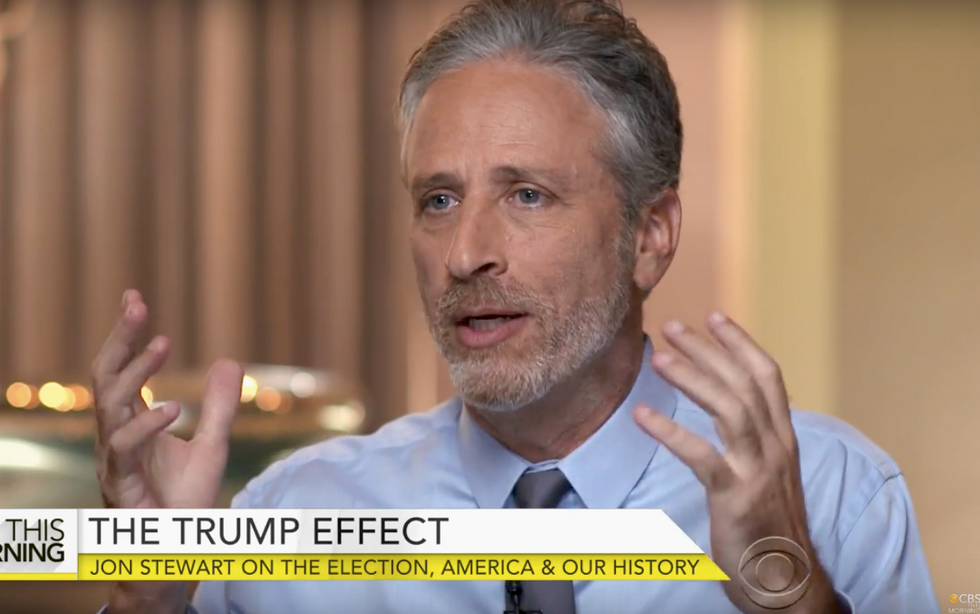 HBO and Jon Stewart on Tuesday announced the cancellation of a highly-anticipated animated shorts project, but promised “future projects together," the New York Times reports.

On Tuesday, HBO announced it would not continue its digital shorts project, which has been in the works for 18 months. The former “Daily Show” host signed on to a four-year contract with the network, which he will honor with the intent of creating alternative content for HBO.

“HBO and Jon Stewart have decided not to proceed with a short form digital animated project,” HBO said in a statement. “We all thought the project had great potential, but there were technical issues in terms of production and distribution that proved too difficult given the quick turnaround and topical nature of the material. We’re excited to report that we have some future projects together, which you will be hearing about in the near future.”

When announcing the shorts project in November 2015, Stewart said he was “pretty sure [he] can produce a few minutes of content every now and again.”

“Appearing on television 22 minutes a night clearly broke me,” Stewart said of his 16-plus years on the staple Comedy Central program.

The shorts were originally slated to air around the 2016 election, but logistical problems hindered the roll-out, the New York Times reports. The former “Daily Show” host has been relatively inactive since his 2015 departure from Comedy Central, but in an appearance on "The Late Show with Stephen Colbert" shortly after the inauguration, he urged the media to “take up a hobby” besides Trump.

”You kind of let yourself go a little bit these past few years," Stewart said of the media. "Put on a few pundits, obsessing 24 hours a day, seven days a week, about this one guy: 'What's Donnie up to? Did he say anything about us? You think he's gonna come on our show?’”

Still, the famed commentator did not back down from taking on the president. During a separate February appearance on “The Late Show,” Stewart described Trump’s management style as “purposeful, vindictive chaos.”

Appearing as Trump, Stewart compared the president to Emperor Palpatine from Star Wars.

“I, Donald J. Trump, am exhausting because it is going to take relentless stamina, vigilance and every institutional check and balance this great country can muster to keep me, Donald J. Trump, from going full Palpatine, with the lightning coming out of the fingertips and ‘fear leads to anger, anger leads to hate,’” Stewart-as-Trump said.

Watch that video below, via CBS: