‘He has no intention of going away’: Trump biographers warn he'd 'like to be president for life’ 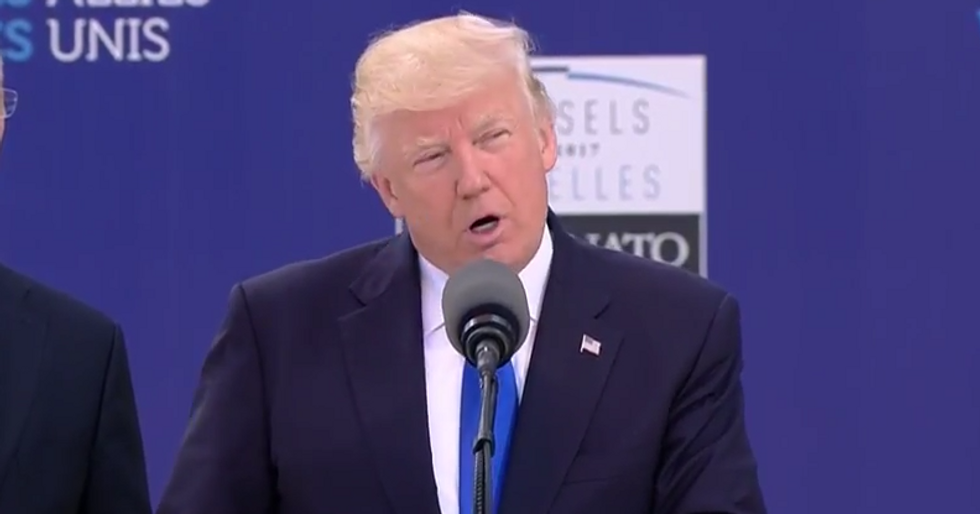 “He is exactly the same guy,” Blair, author of The Trumps: Three Generations of Builders and a President, told Raddatz on “This Week.”

“He’s 70 years old,” Llamas pointed out. “And for the better part of his adult life, he’s never had a boss. He’s always been the boss, so he’s never had to listen to anybody.”

Llamas argued that “right now,” no matter “how great a tactician, how brilliant a political scientist walks into the Oval Office, whatever they tell Donald Trump, he’s going to do what he wants.”

Llamas said Trump is “his best spokesperson,” insisting “maybe the only part of his presidency so far that has hurt him is that he's had messengers come out.”

O’Brien, who penned The Art of Being the Donald, added Trump is “this force of nature, and he's uninhibited.”

“He's essentially Mr. id,” O’Brien said, later arguing Trump would “like to be president for life.”

“I think he has no intention of going away,” O’Brien said. “Reality, some investigation, the electorate—all might intrude, but I don’t think he thinks about it that way.”

Blair agreed, noting Trump is “the most competitive guy who ever lived.”

“This is the biggest gold ring there is,” Blair continued. “He’s got it in his hand. Why would he let it go?”