'He is the root of dysfunction': Right-wing WSJ editorial shreds Trump for sowing White House 'chaos' 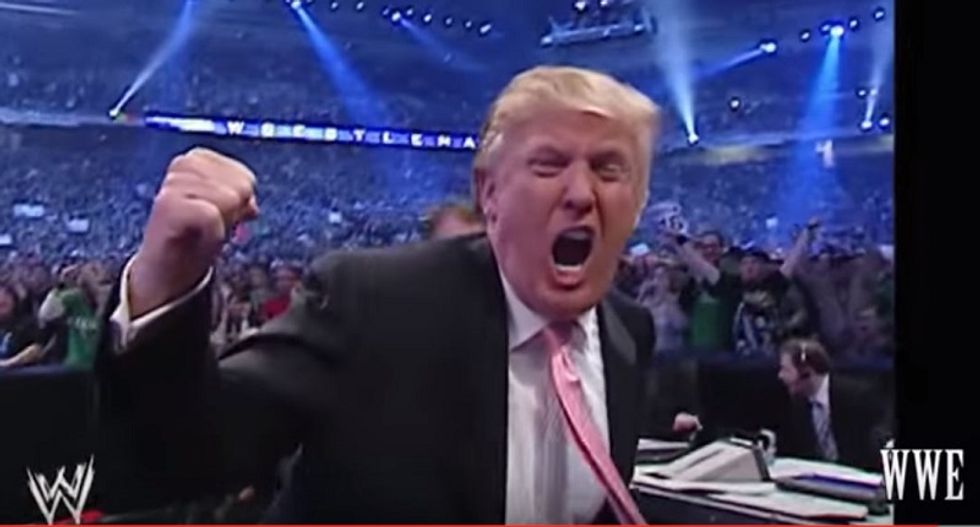 The Wall Street Journal's conservative editorial page has written a blistering editorial calling out President Donald Trump for sowing "chaos" in the White House -- and it says that Trump has no one to blame for it but himself.

The editorial begins by noting that White House Communications Director Mike Dubke submitted his resignation this week -- and then goes on to say that merely overhauling the White House's public relations team won't do any good as long as Trump keeps behaving so erratically.

"Mr. Trump certainly needs to fix his White House mess, but staff changes won’t matter unless the President accepts that he is the root of the dysfunction," the editors write.

The editors then go on to recount the ways that Trump has caused massive problems for himself through his rash decision-making process and his lack of formal structure for crafting and selling policies. They also write that Trump has fostered an atmosphere of intense back-biting within the White House, which has led to an unprecedented number of internal leaks to the media.

"The larger reality is that Mr. Trump is wasting the precious asset of time," the Journal editors conclude. "He has a shortening window for legislative achievements before the 2018 election. Presidents typically get a staff who reflect their governing style, and if Mr. Trump can’t show more personal discipline, the fair conclusion will be that he likes the chaos."