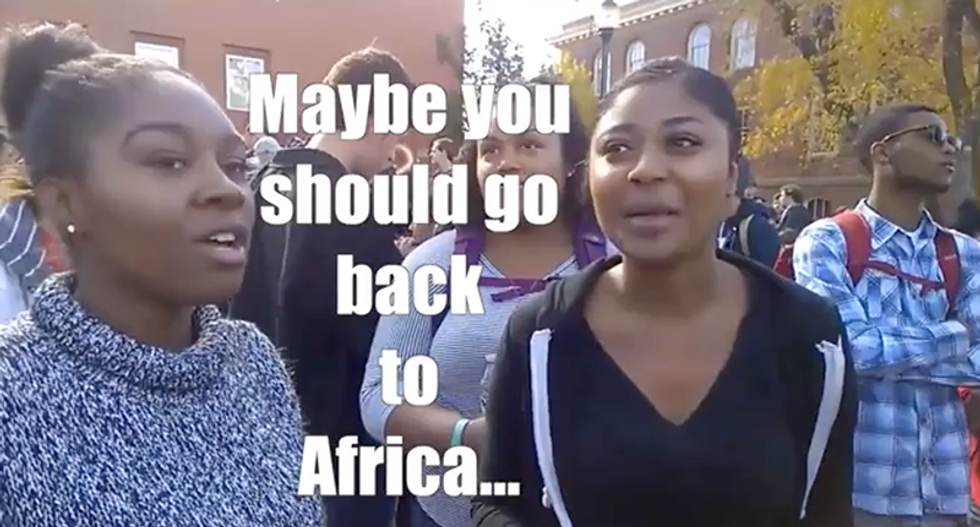 Washington State University President Kirk Schulz is apologizing profusely after a racist video emerged using footage of a rally outside of a rally for President Donald Trump last year.

The Spokesman-Review, obtained a copy of the video and shows that it begins with a young white man wearing a Donald Trump hat and t-shirt.

The next frame shows an argument between the man and another gentleman with several African-American women. When the camera shows one of the women text appears saying "Maybe you should go back to Africa" followed by footage of black men dancing while rap music plays. 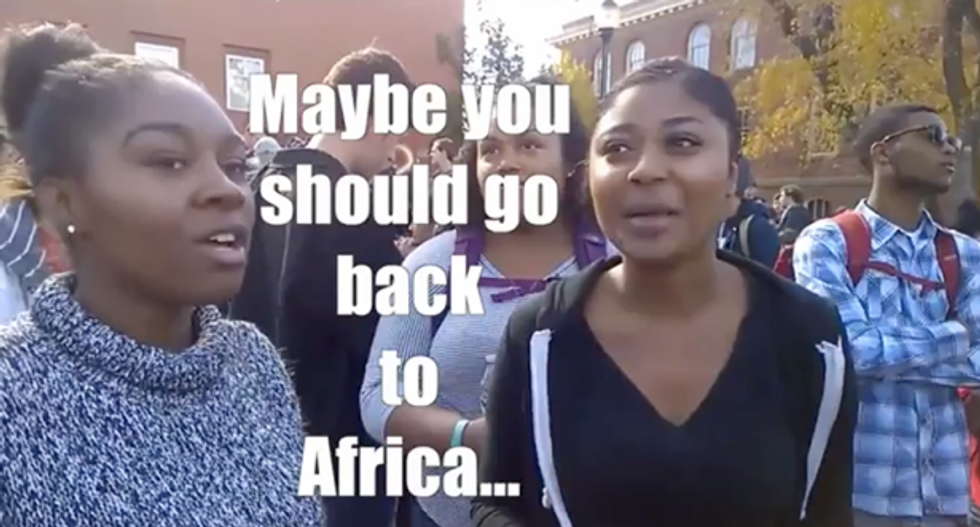 The video ends with a young man saying "I do not associate with n*ggers."

The video is branded in the lower right of the screen with "Ultra Meme Lord" and first appeared on a Facebook page by the same name. The account has since been deactivated but the video was downloaded and spread on various other platforms.

“The attitudes, the behavior, and the language expressed in the video are not acceptable. Individuals with those beliefs are not welcome in our community,” Schulz said in a statement released Thursday. He said that he believes the video “was intended to cause pain to our community of color at WSU. It directly impacted our students of color studying for final exams.”

The school is investigating to determine who put the video together and Schultz pledged to hold the person accountable.

WAS's College Republican president James Allsup said that he did take the footage of the rally from last year but that he uploaded it all to YouTube. He's also featured in the video arguing with other students of color.

“In perhaps the most hilariously embarrassing moment for WSU’s admin this year, they’ve launched a full investigation – into a meme,” Allsup wrote. “Essentially, the FB page ‘Ultra Meme Lord’ used content from my YouTube channel to create a pretty overtly racist meme video. Here’s the thing though: this video can’t even be traced back to WSU. An anonymous Facebook meme page created it. Just further evidence that universities are nothing more than bubble-wrapped safe space havens that need a good popping.”

WSU's Black Student Union tweeted, “Unity is everything and ignorance is fought with proactive determination, intelligence and action with numbers. Make your voices be heard.”

This isn't the first case of overt racism at WSU. Last year, just months before the election, a student found graffiti on a desk in the library with the N-word above "TRUMP 2016." Flyers popped up from a white supremacist group named American Vanguard this past February urging students to report "illegal aliens" to Immigration and Customs Enforcement (ICE).

You can watch the video below - please note it has offensive language: