'I don't want to be associated with him': 100 eighth graders refuse to pose with Paul Ryan during DC trip 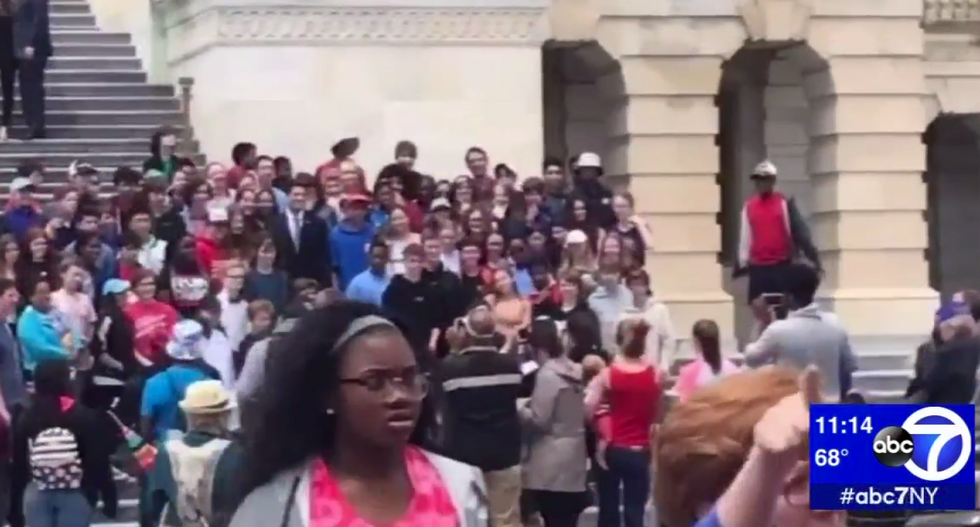 About 100 eighth grade students refused to pose with Speaker of the House Paul Ryan on Friday, snubbing the top Republican to protest his policies.

Though Ryan’s official Instagram features a photo of him waving to a group students from South Orange Middle School in South Orange, New Jersey, it does not show their peers sitting in a park lot across the street, in an apparent rebuff of the GOP leader.

"It's not just a picture," student Matthew Malespina told ABC News. "It's being associated with a person who puts his party before his country.”

When he learned of his school’s impending photo op with Ryan, Malespina texted his mother he’s “just not going to do it.”

"The point was, 'I don't want to be associated with him, and his policies and what he stands for,’” Matthew's mother Elissa Malespina said.

An equal number of students opted to participate in the photo.

"I thought it would be very cool just seeing the man who is the third most powerful man in our country. It would be cool, even if you disagree with him,” student Miles Handelman said.

Parents were just as split about the message the students sent with their dissidence. One parents took to Facebook to complain these kids should “respect the office of the Speaker of the House, even if they disagree.”

Others commended the teens for standing up for their beliefs.

Watch the coverage below, via ABC: