‘I prayed about it and stuff’: Alabama woman stomps out car windshield after ‘night of thinking’ 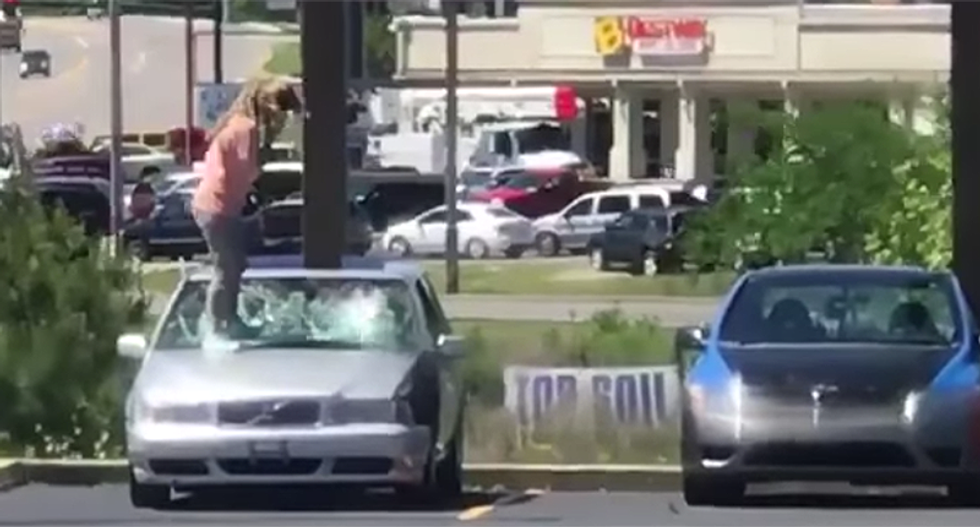 An Alabama woman was arrested Tuesday after she was witnessed stomping out the windshield of her allegedly cheating boyfriend's car.

Barbara Emily Lowery, of Cullman, told police that she prayed about what to do and "spent the night thinking" and the result was a trampled car. She explained that she knew it was a bad idea but did it regardless, AL.com reported.

A customer at a local business captured video of Lowery smashing through the sunroof, a windshield and the hood of a boyfriend's, though a source told ABC 33/40 that the two weren't in a relationship. Lowery claimed she didn't want to give "his personal business" out publicly.

"I already knew going into it that I would have to face some consequences, and you know it kind of sucks, but like I said I prayed about it and stuff, and I did it anyway," Lowery said to the station.

The 24-year-old was charged with disorderly conduct.

Watch a video of the incident below via AL.com: