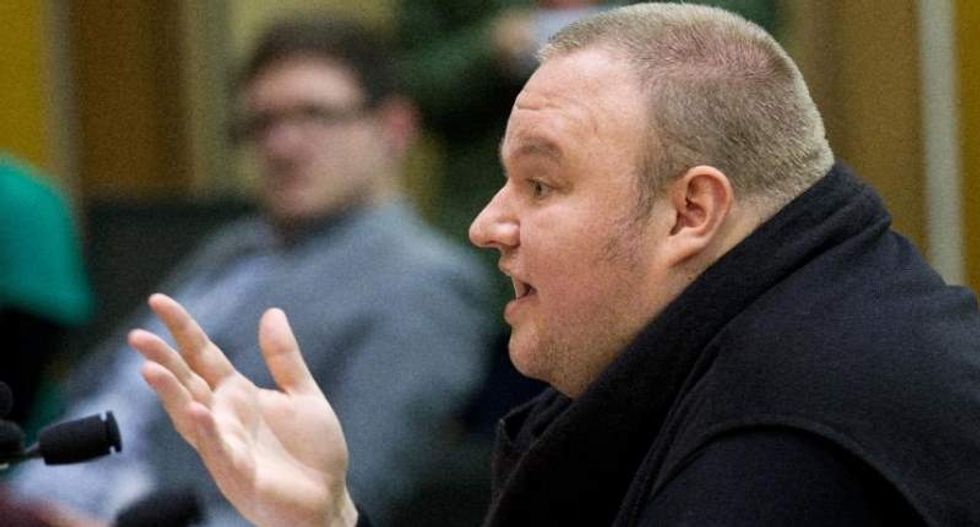 An internet entrepreneur admits he posted a fake FBI file online to promote conspiracy theories about a slain Democratic National Committee staffer -- but he's not going to delete it.

Kim Dotcom has played a central role in reviving claims that DNC staffer Seth Rich was murdered after revealing or threatening to disclose damaging information about Hillary Clinton during the presidential campaign.

Dotcom told Fox News host Sean Hannity that he had evidence that Rich had sent documents to WikiLeaks, which conservatives then cited to dismiss claims about Russian election interference -- but the Megaupload website founder now admits the document he helped spread online is a fake.

"After doing some forensic analysis of the document I came to believe it is not authentic. And I have retweeted Wikileaks which came to the same conclusion," Dotcom told Gizmodo.

But that doesn't mean he's going to delete it.

"There is no need to delete those tweets because I have been very cautious and warned within an hour of the release of that document that it could be a fake," he said.

Rich was shot to death July 10 in what Washington, D.C., police believe was an attempted robbery, but conspiracy theorists have speculated that he was killed for leaking emails about the DNC.

Dotcom, who is wanted by U.S. authorities for criminal copyright infringement, told Gizmodo that he had hoped to pressure the FBI into commenting on the document by sharing it on Twitter.

The fake document was first published on the Borderland Alternative Media website and then spread on social media and conspiracy clearinghouse websites, and even Alex Jones' Prison Planet has agreed to delete it after confirming it's not legitimate.

Rich's family accused Dotcom of attempting to hack into the slain DNC staffer's email account, presumably to plant evidence to support his claims, but the internet entrepreneur threatened to sue them for defamation.

Dotcom refuses to back off his claim that Rich was the WikiLeaks source, although he declined to share his evidence with Gizmodo.