'It makes me sick': David Letterman disappointed to have 'big, wealthy dope' Trump representing the US 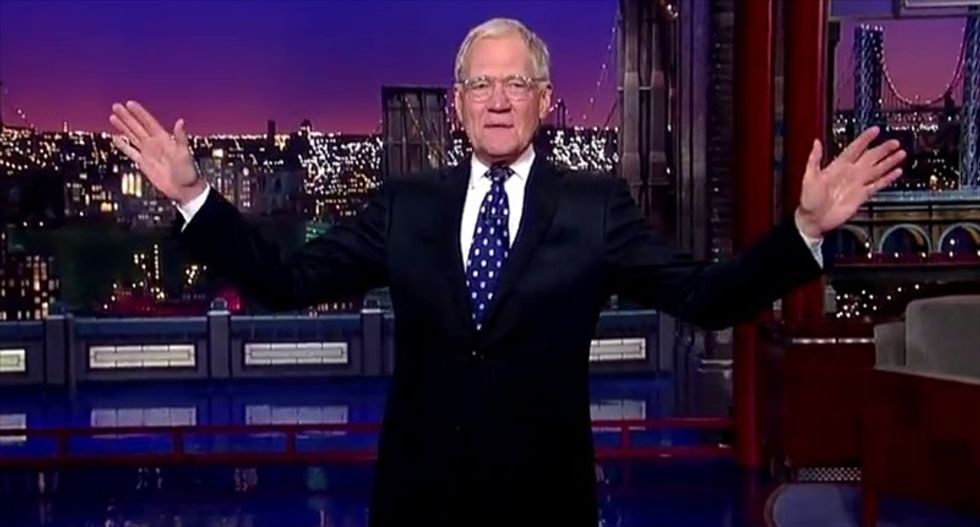 David Letterman greets the audience at his final episode hosting 'The Late Show' on May 20, 2015. [YouTube]

“I'm disappointed that this man is representing me and my country. It makes me sick,” Letterman told the men’s magazine.

Despite this, Letterman said he has “no reason to regret” having Trump on his show. “He was a great guest. He was just a big, wealthy dope who'd come on and we would make fun of his hair. I would refer to him as a slumlord. But now, this goon... I don't know.”

Letterman noted he would “love to have 90 minutes with [Trump] in a TV studio,” adding he would ask the president, “All right, Don: What the fu*ck happened?”