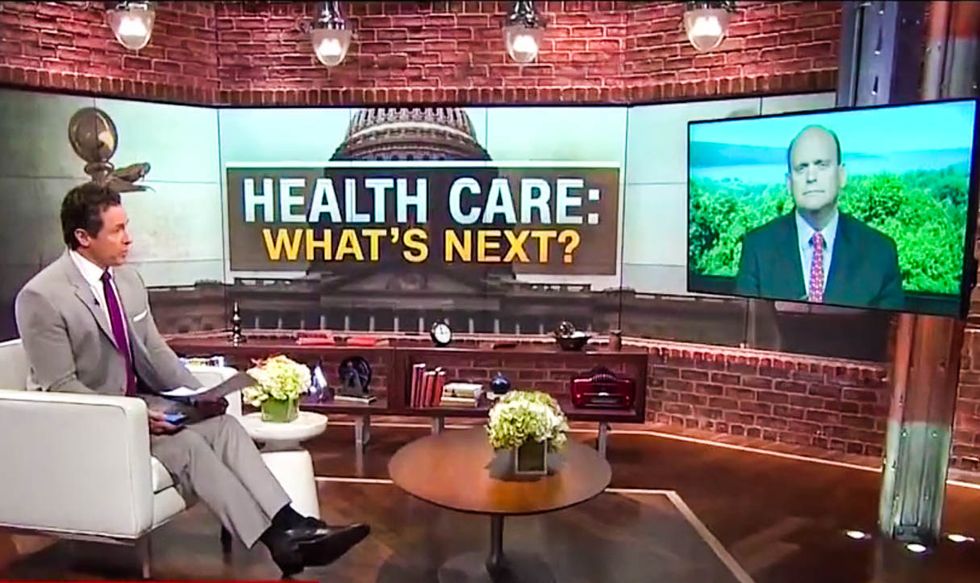 CNN's Chris Cuomo on Monday grilled Rep. Tom Reed (R-NY) over his vote in favor of the American Health Care Act, which is projected to take away health insurance from an estimated 24 million Americans.

Cuomo wouldn't let this explanation slide, however, and asked Reed to justify the massive cuts the AHCA makes to Medicaid, which Reed tried to spin as a way to offer more "flexibility" to states.

"Pulling money out of the system has never been shown to be a way to improve coverage in terms of how many people will get care," Cuomo pointed out. "You are pulling $880 billion out of it over about a decade, period. How will that help?"

"That is one of the fundamental issues we have in the disagreement to the other side," Reed replied. "The other side assumes putting money in the situation solves the problem. I believe in flexibility and innovation in the market. Allow people to provide them choices. That allows the dollars to be more efficient and provide access to care to millions that don't have it today."

Cuomo again tried to cut through this spin and pointed out that the AHCA doesn't just take money out of Medicaid, but it also gives lavish tax breaks to rich Americans, which has long been a major GOP priority.

"I don't understand why the GOP doesn't just own it and say we will put less money in it," he said. "Yes, some people may not get covered the same they are now. We think it is worth it. It will help fund our tax cuts."

‘Just own it’: Chris Cuomo hammers GOP lawmaker... by sarahburris