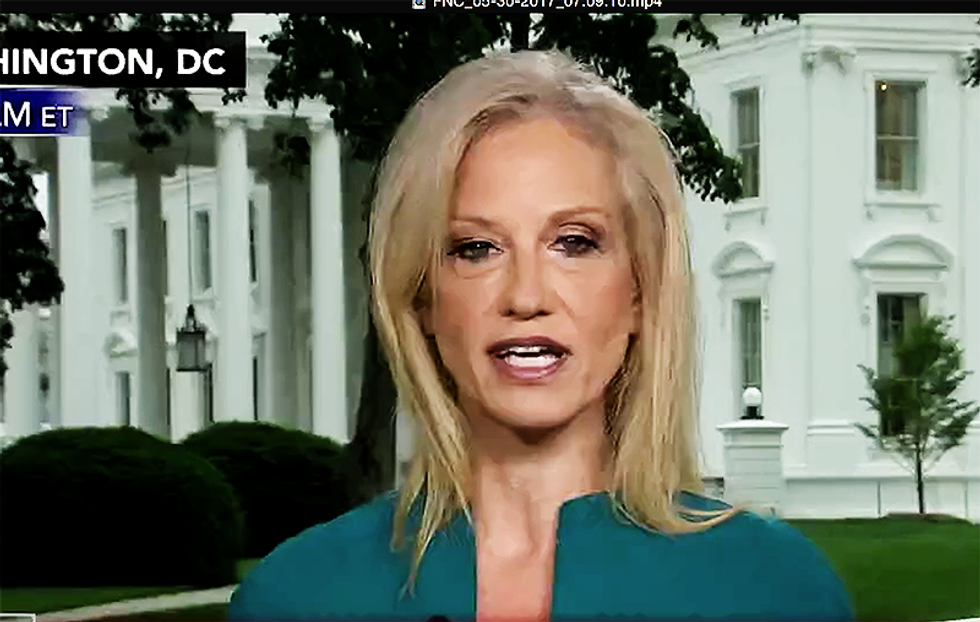 Senior adviser to President Donald Trump Kellyanne Conway told "Fox and Friends" Tuesday that son-in-law Jared Kushner had every right and responsibility to set up a secret backchannel with Russia. In fact, "back channels like this are the regular course of business," she said citing senior military advisors.

“Back channels like this are the regular course of business and that's really all that we know," she said.

Co-host Brian Kilmeade prompted Conway to explain whether it was the Russians or Kushner who proposed the secret communications. In fact, one of the Russian officials Kushner was allegedly working with has been blacklisted by U.S. intelligence.

“Because there is no reason to, frankly,” she said. “This entire thing is just a rush to judgment. We have been talking about this for about 8 months and yet ... it’s a lot easier to scream Russia, Russia, Russia every day.”

"He has expressed his desire to leave," she swore.