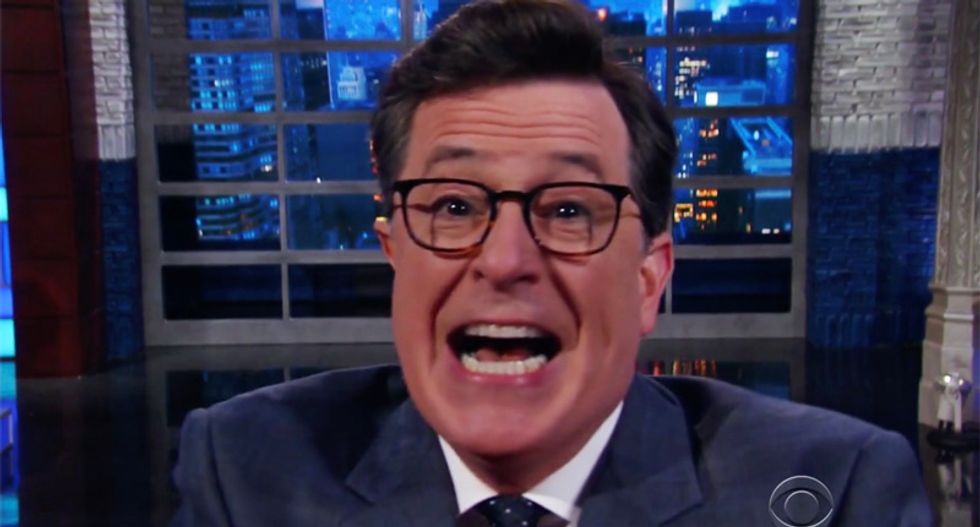 "One of the nice things about having Donald Trump in office is knowing that it's all behind us," Colbert remarked as video ran of CNN's Jake Tapper saying, "The countdown to 2020 is already on."

Cutting back back to the now-empty Ed Sullivan Theater stage, Colbert slowly reappeared from under the camera -- desperately whispering, "Kill me now."

According to the late night host, the ad is promoting Trump's vague accomplishments as a build-up to a possible second presidential campaign.

"Listen," he admonished Trump. "This is very important. I have a message for our president-- no new elections until you finish your wars."

"Anyone can do that, watch: I plan to cut everybody's taxes to zero percent. There, now I, Stephen Colbert, have the 'biggest tax cut plan' in history," he quipped before adding, "You're welcome -- theoretically."