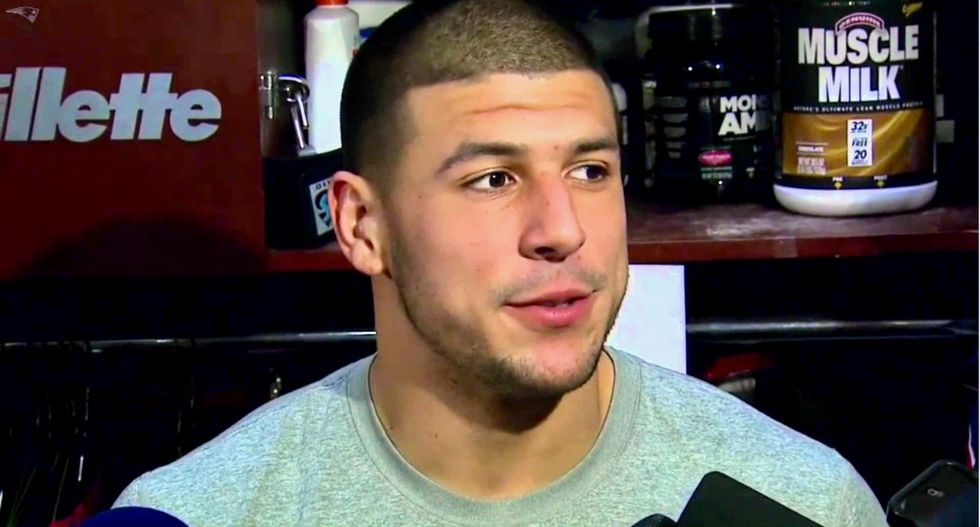 A Massachusetts judge on Tuesday overturned former New England Patriots star Aaron Hernandez's conviction on charges of murdering an acquaintance in 2013, granting his attorneys' request since the athlete died before exhausting the appeal process.

Prosecutors had argued Hernandez's prison suicide should have prevented the judge from overturning the conviction following his death, a move that is routinely allowed by Massachusetts state law when the conviction in question has not been fully appealed.

"This court cannot know why Hernandez chose to end his life," said Superior Court Judge Susan Garsh, who handled the 2015 trial where a jury found the former tight end guilty of fatally shooting Odin Lloyd in an industrial park near his North Attleborough, Massachusetts, home.

"There being no reason to recognize any exception in this case in the interest of justice the court has no choice," but to vacate Hernandez's conviction, Garsh said.

The 27-year-old Hernandez hanged himself last month in a prison cell where he was serving a life sentence for Lloyd's death, a suicide that stunned his family because it came just days after he been found not guilty of a 2012 double murder.

Hernandez had a $41 million NFL contract when he was arrested at his home in June 2013 and charged with murder. Prosecution witnesses at his two trials painted a picture of a troubled man with a history of drug use and paranoid tendencies.