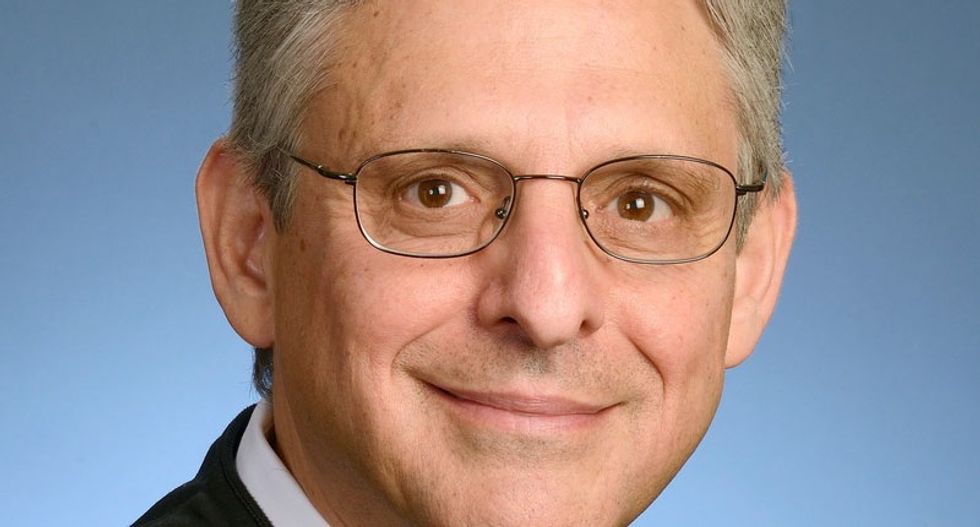 U.S. Senate Majority Leader Mitch McConnell said on Tuesday he has told President Donald Trump that he should pick federal appeals judge Merrick Garland to succeed ousted director James Comey at the head of the FBI.

Speaking in an interview on Bloomberg Television, McConnell said he has spoken with Trump and that Garland, a former federal prosecutor, would be "an apolitical professional" to head the Federal Bureau of Investigation.

Garland was Democratic former President Barack Obama's nominee to fill a Supreme Court vacancy, but Senate Republicans led by McConnell refused to act on the nomination for nearly a year. The delaying tactic allowed Trump to nominate conservative Neil Gorsuch to fill the seat after he took office in January.

Garland, 64, has been praised by both Democrats and Republicans in his 20 years on the U.S. Court of Appeals for the District of Columbia Circuit, often called the second highest court in the country. His appointment there is a lifetime one, and if he took on a 10-year term at the FBI it would open up a top judicial seat for the Republican president to fill.

Trump fired Comey last Tuesday, sparking a tide of criticism in light of the FBI's probe of alleged Russian meddling in the U.S. election and possible ties between Moscow and the Trump campaign.

Comey's replacement would need to be someone with a deep background in law enforcement and no history of political involvement, McConnell said. Garland "is an example of that," he added. "It would serve the country well and lead to, I think, a more bipartisan approach."

It was not clear how Democrats, who strongly backed Garland for the Supreme Court, would react if he were nominated to the FBI. Democrats have threatened to hold up a vote on a new FBI director until a special prosecutor is named to investigate potential ties between Trump's campaign and Russia.

Representatives for Garland have not responded to repeated requests for comment regarding talk by some lawmakers floating the possibility of his nomination. National Public Radio, citing two sources close to Garland, reported that he intends to remain in his current judicial post.

At least 11 people have been under consideration for the FBI top job. Trump said on Monday his search was moving quickly, even as some possible contenders withdrew their names from contention, including U.S. Representative Trey Gowdy.

In the 1990s, as a senior Justice Department official under former Democratic President Bill Clinton, Garland oversaw the prosecution in the Oklahoma City bombing case in which 168 people were killed.