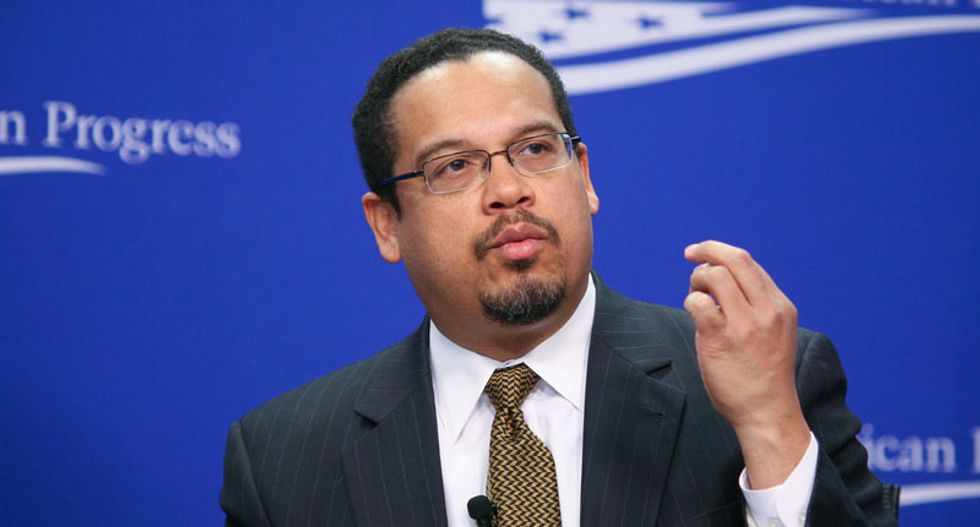 The Minnesota Republican Party is coming under fire after a district branch of the GOP posted a racist rant on its Facebook page about America's first Muslim congressman.

The post has since been deleted, according to Fusion, but showed a meme of Rep. Keith Ellison (D) with a turkey he shot while hunting. It read: "Collin Peterson has been sliding up to Minnesota's Head Muslim Goat Humper, Keith Ellison. Heck, they're not Hunting Buddies. Does that mean Muslim Refugees coming to Western Minnesota [sic]?"

Collin Peterson is another Democratic Congressman from the MN-07 district.

The Minnesota Democratic-Farmer-Labor Party was quick to issue a statement calling out "the ignorance and bigotry displayed in this post." DFL Chair Ken Martin called the comments "staggering and disheartening."

GOP Chair Jennifer Carnahan was just elected to head the party last week. She was adopted as a child from South Korea and when she was elected announced people are “going to have a really hard time calling us the party of racists and sexists."

Carnahan did call for the staffer responsible for the post to step down and tweeted, “this person no longer represents our party.”

The meme is posted below: 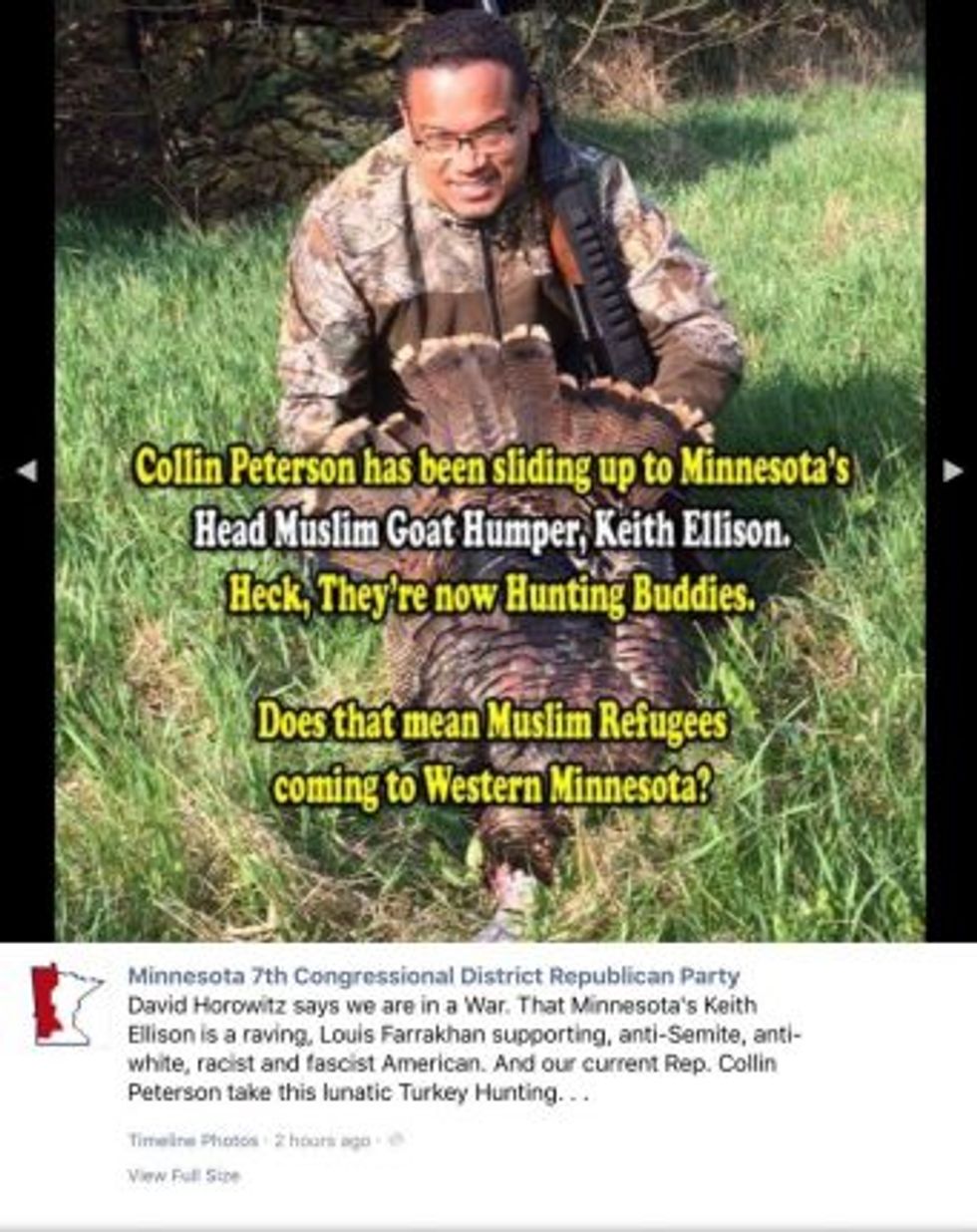