MSNBC's Mika nails Trump: 'This is a very small man, and his lies will bring down his presidency' 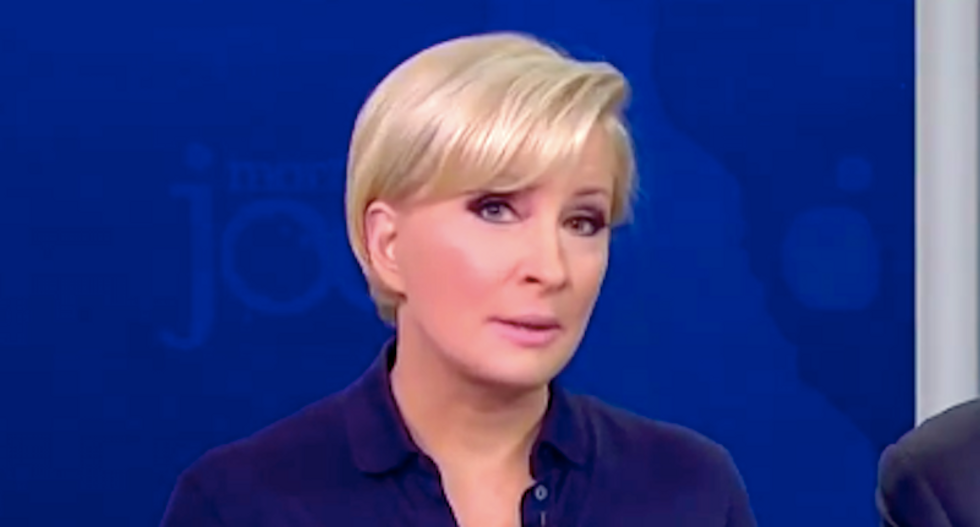 President Donald Trump is supposed to sit down with NBC News' Lester Holt for an interview Thursday, but MSNBC's Mika Brzezinski has no doubt he'll cancel amid the fallout from the firing of FBI Director James Comey.

"Oh, little scaredy-cat will cancel, absolutely," Brzezinski said. "This is a very small man, and his lies will bring down his presidency."

Co-host Joe Scarborough pointed out that she'd said the same thing Tuesday, and Brzezinski wondered when anyone else would pay attention.

"I'll say it again, and I'll say it every day," she said. "Maybe at some point, you will actually hear the woman at the table saying what all the men will finally say, and then you'll go, 'Oh, guys -- you're so smart.'"