NATO and EU wonder which Trump will turn up 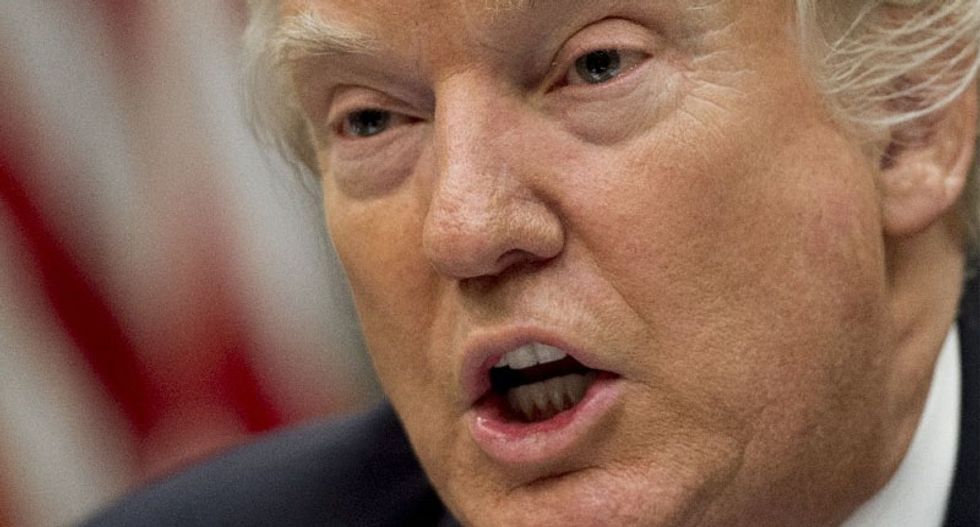 Hoping for the best, fearing the worst: EU and NATO leaders are braced for their first meeting with US President Donald Trump on their home turf on Thursday.

The trepidation in Brussels, a city Trump once dubbed a dangerous "hellhole," is palpable as he has up-ended one long-held certainty about US ties after another.

On the campaign trail Trump dubbed NATO -- the US-led alliance credited with keeping the peace in Europe for the past 70 years -- "obsolete" and unsuited to tackling the real threat of Islamist terror, while he has since accused allies of not paying their way.

As for Europe, he backed Britain's shock Brexit vote, saying the European Union was a would-be superstate doomed to collapse under the weight of its own contradictions.

The president has since rowed back at least in part on these positions.

But analysts say that is part of the problem. Which Trump will turn up?

"I think everyone is still asking themselves what is Trump's policy on NATO and the EU," said Markus Kaim of the German Institute for International and Security Affairs in Berlin.

Adding to the uncertainty, the president is embroiled in a major political scandal over his ties to Russia, having pushed hard for an improvement in relations that the Ukraine crisis plunged into a deep freeze.

He then travels to the new futuristic NATO headquarters building on the Brussels outskirts for a meeting of all 28 allies, of which 22 are also EU members.

Tomas Valasek, director of the Carnegie Europe think-tank in Brussels, said that of the two meetings, the one with the EU meeting had the bigger "potential to go bad".

"We have never (seen) a policy actually to undermine NATO, and the same cannot be said of the EU," Valasek said.

For the NATO meeting, "the best possible result ... is (that) NATO will continue to not be obsolete and continue to be big, beautiful and important," he said.

"The worst outcome is the possibility that things are said, either in the meeting or worse outside, and then there we'll need a walkback and that will fuel the doubts about the US commitment to the alliance."

A key test will be whether Trump backs NATO's core "all for one, one for all" Article 5 collective defence commitment, as all his predecessors have done.

Trump caused uproar when he suggested on the campaign trail he would check first if a NATO ally was up to date with its dues before he would consider coming to its aid.

"Overall, the signals since Trump took office have been more positive so there are quite high hopes. But his every word will be scrutinised under the magnifying glass by the allies," said one European diplomat who asked not to be named.

The president's NATO priorities are clear.

First, get the allies to share more of the burden and meet a target agreed in 2014 to allocate two percent of annual economic output to defence in response to a resurgent Russia which had just annexed Crimea.

Second, he wants them to focus on the Islamist terror threat and agree to NATO formally joining the US-led anti-Islamic State coalition fighting the jihadis in Syria and Iraq.

All NATO allies have joined the coalition on an individual basis but now Washington wants the alliance itself onboard to give a powerful symbol of political support.

Some member states, including France and Germany according to diplomatic sources, fear NATO could get bogged down in a ground war in one of the world's most volatile regions and compromise its standing with Arab powers.

They also do not want NATO going too far beyond its current, limited training mission in Iraq and end up taking over control of the operation, as it did in Afghanistan in 2003.

Ian Lesser at the German Marshall Fund of the United States said Trump's trip "will be critical in setting the tone for the new administration's engagement with the EU, and above all, NATO."

"The allies will certainly hope that this brief visit bolsters rather than erodes transatlantic affinity. There is a risk that the visit will veer off course on this score," Lesser said.