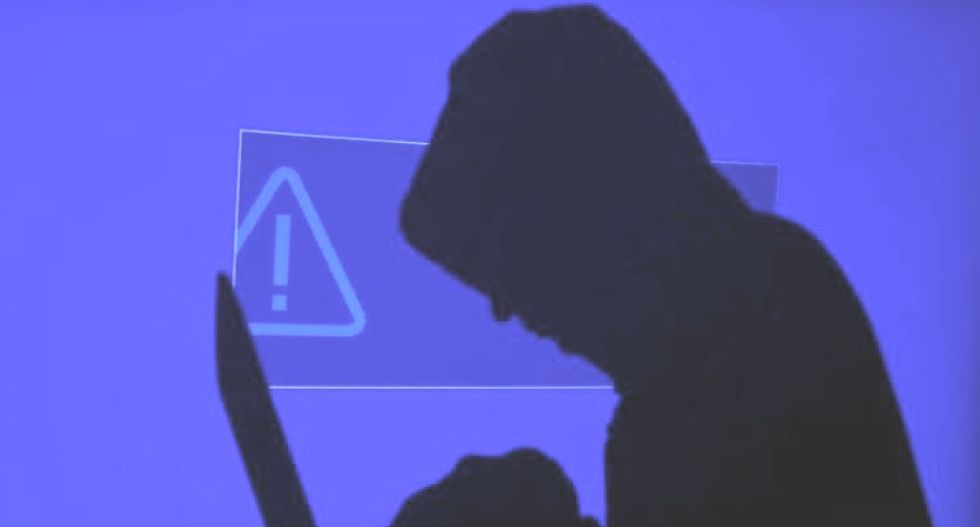 A hooded man holds a laptop computer as blue screen with an exclamation mark is projected on him in this illustration picture taken on May 13, 2017. REUTERS/Kacper Pempel/Illustration

A newly found flaw in widely used networking software leaves tens of thousands of computers potentially vulnerable to an attack similar to that caused by WannaCry, which infected more than 300,000 computers worldwide, cybersecurity researchers said on Thursday.

The U.S. Department of Homeland Security on Wednesday announced the vulnerability, which could be exploited to take control of an affected computer, and urged users and administrators to apply a patch.

Rebekah Brown of Rapid7, a cybersecurity company, told Reuters that there were no signs yet of attackers exploiting the vulnerability in the 12 hours since its discovery was announced.

But she said it had taken researchers only 15 minutes to develop malware that made use of the hole. "This one seems to be very, very easy to exploit," she said.

Rapid7 said it had found more than 100,000 computers running vulnerable versions of the software, Samba, free networking software developed for Linux and Unix computers. There are likely to be many more, it said in response to emailed questions.

Most of the computers found are running older versions of the software and cannot be patched, said Brown.

Some of the computers appear to belong to organizations and companies, she said, but most were home users.

The vulnerability could potentially be used to create a worm like the one which allowed WannaCry to spread so quickly, Brown said, but that would require an extra step for the attacker.

Cybersecurity researchers have said they believe North Korean hackers were behind the WannaCry malware, which encrypted data on victims' computers and demanded bitcoin in return for a decryption key.

(Reporting and writing By Jeremy Wagstaff; Editing by Michael Perry)