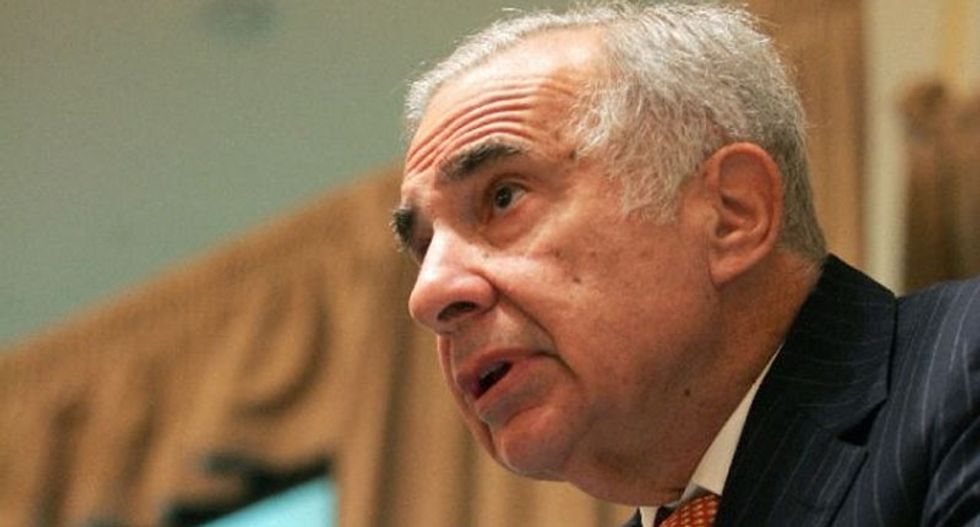 The 1980s-era "corporate raider" was asked by Trump to serve as a special adviser on financial regulation, and his oil refining company CVR Energy Inc. saved about $60 million in the first quarter from potential changes to biofuel policies, reported Bloomberg.

Icahn profited from potential changes to George W. Bush-era law that requires billions of gallons of biofuel to be added to the nation's gasoline, which means that about 10 percent of U.S. motor fuel is made from corn, rather than oil.

The situation serves as a stark example of how outside business interests are influencing Trump administration policies for their own gain, according to ethics experts.

The activist investor sold off the Taj Mahal Casino in Atlantic City -- which Trump lost through a series of bankruptcies -- earlier this year after a crippling strike by its employees.

Icahn has pushed for changes in environmental regulations on biofuels since a price spike last year hit CVR with $200 in new costs.

The investor said March 9 he was delaying purchases related to biofuel regulations with the expectation that their value would fall -- and they have dropped 19 percent since Trump's election.

Other oil refiners have benefitted from the expected regulatory change, Bloomberg reported -- although other market forces may be at work.

Icahn complains that the U.S. Environmental Protection Agency's rule arbitrarily transfers wealth from independent refiners like his, which must buy biofuels or related credits, to oil companies and gas station chains that sell them.

The chief executive of a company that produces the biofuel ethanol argued that EPA rules shouldn't be changed "just to satisfy two or three or four companies that may be feeling some pressure."

The value of Icahn's stake in CVR had jumped more than $600 million, to $1.6 billion, in the six months since Trump won the election.