Path cleared for Congress to consider US arms sale to Riyadh: State Department 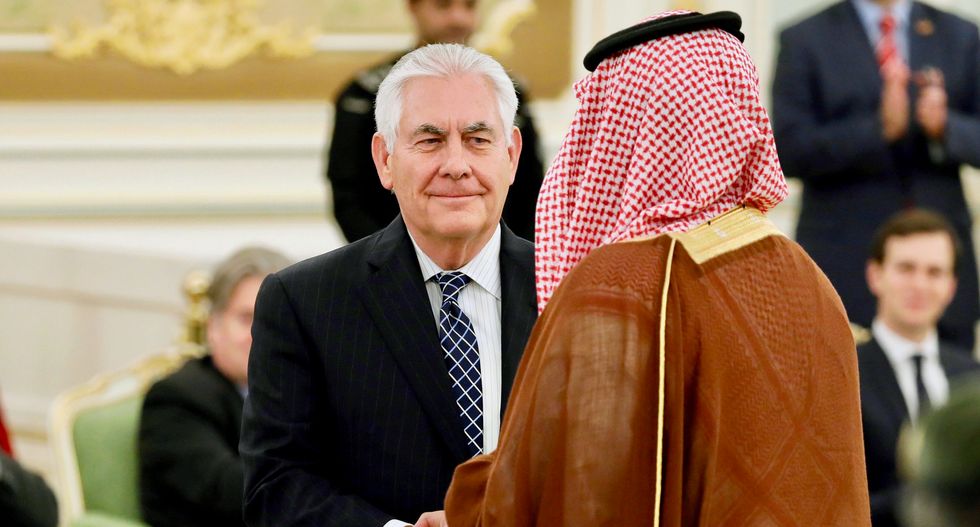 U.S. Secretary of State Rex Tillerson has authorized the State Department to notify Congress of the Trump administration's sale of precision-guided munitions for Saudi Arabia to use in its Yemen campaign, a senior U.S. diplomat said on Tuesday.

The notification is one of the last steps in the arms sale process and triggers a formal 30-day review to allow members of Congress to attempt to pass legislation to stop any sale.

U.S. lawmakers introduced legislation last week seeking to block about $500 million of a $110 billion arms sale to Saudi Arabia, including the portion on precision-guided missiles and other offensive weapons.

An announcement of the sale had been expected in March but objections from mostly Democratic lawmakers and human rights groups led to Washington to ask Riyadh for commitments to improve targeting procedures that would minimize civilian casualties.

Asked on Tuesday whether the Saudis had taken specific measures to improve targeting capabilities, the senior U.S. diplomat, acting Assistant Secretary of State for Near Eastern Affairs Stuart Jones, did not answer directly.

"That's a continuing source of conversation between us," Jones told reporters. "We're constantly trying to improve that process."

The Yemen civil war pits Iran-allied Houthi rebels against the government backed by a Saudi-led Arab coalition. Nearly 4,800 civilians have been killed since March 2015, the United Nations said in March.

Trump's predecessor, Barack Obama, in December limited military support to Saudi Arabia's campaign in Yemen because of concerns over civilian casualties, and halted the sale of the precision-guided munitions.

On his trip to Saudi Arabia, Trump received a warm welcome from Gulf Arab leaders, who want to crack down on Iran's influence in the region, a commitment they found lacking in Obama.

Trump also did not make overt mentions of human rights abuses in Saudi Arabia in his speech there, a move criticized by Democrats and Republicans in Congress.

"The fact that it wasn't featured in the speech doesn't mean that it's not part of the bilateral dialogue," Jones said. "By taking it out of the public debate and having those conversations directly and quietly, we'll be more effective."

Tillerson last week told reporters that human rights issues were not the "central part" of Trump's private meetings with Saudi officials, which instead focused on the fight against terrorism.