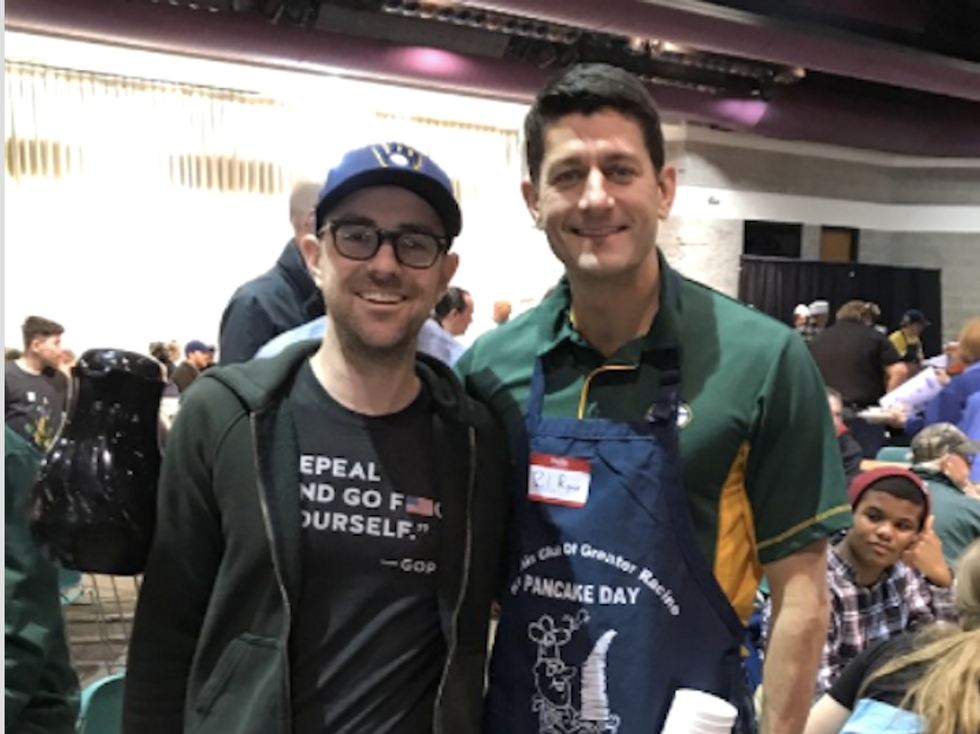 Speaker of the House Rep. Paul Ryan (R-WI) was photographed on Saturday posing next to an anti-Trumpcare protester wearing a T-shirt that said, "Repeal and go f*ck yourself" and signed "GOP."

Ryan and other House Republicans are under fire for passing the American Healthcare Act (AHCA) this week, a bill they fully expect to fail or undergo substantial changes in the Senate.

The so-called "Trumpcare" bill, if implemented, would strip coverage from more than 24 million Americans and cause needless deaths to the tune of of 50,000 Americans per year.