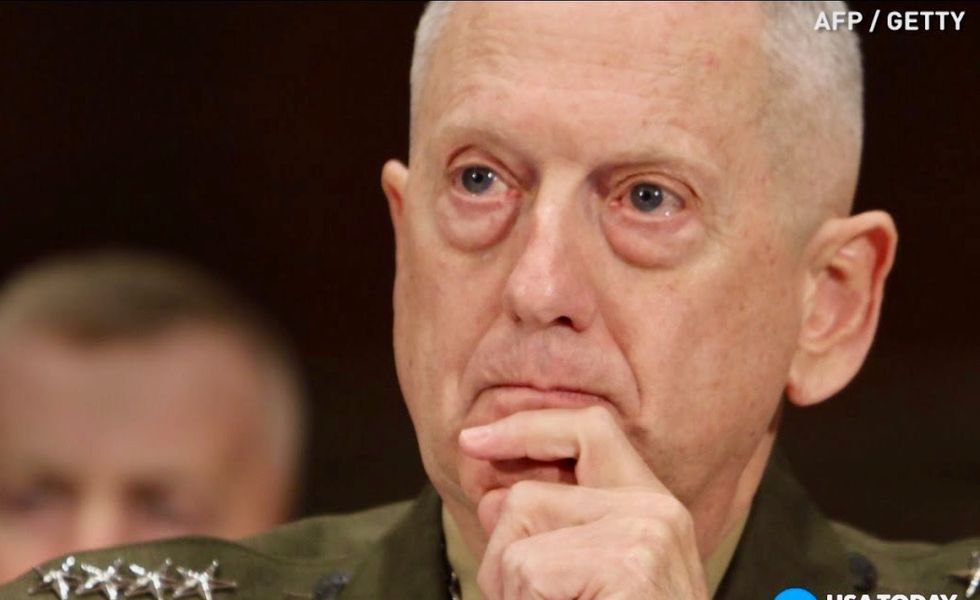 The United States is closely examining whether a Russia-brokered deal to establish safe zones in Syria can work in the long term, Pentagon chief Jim Mattis said.

"All wars eventually come to an end and we have been looking for a long time how to bring this one to an end," Mattis told reporters ahead of his arrival in Denmark on Monday.

"So we will look at the proposal, see if it can work," Mattis added.

Experts are sceptical about Thursday's deal because neither the Syrian government nor the rebels were direct signatories and the opposition offered only a lukewarm reaction.

Washington has given the deal an extremely cautious welcome, citing concerns about Iran's role as a guarantor even as it expressed hope the agreement could set the stage for a later settlement.

Mattis is in Copenhagen for a meeting of the main members of the coalition fighting the Islamic State group in Iraq and Syria.

He added that "we owe it" to the people of Syria to carefully study the proposals.

The United States was not part of the deal by government backers Russia and Iran, and rebel supporter Turkey.

However, a US assistant secretary of state monitored the talks in the Kazakh capital Astana, Mattis said.

The United States takes part in separate peace talks under a UN mandate in Geneva, where the rivals have been deadlocked on key issues.

Several ceasefires have been agreed since Syria's conflict broke out in 2011, but they have failed to permanently stem the fighting.

The new deal would initially last six months but could be extended by the guarantors.

It does not specify that the safe zones take effect immediately, but gives the three guarantor states two weeks to form working groups to delineate them and then until June 4 to come up with definitive boundaries.

The deal also calls for a continued fight against IS and former Al-Qaeda affiliate Fateh al-Sham Front, which could pose challenges.

In Idlib province in particular, Fateh al-Sham is a major component of the rebel forces that control the area.