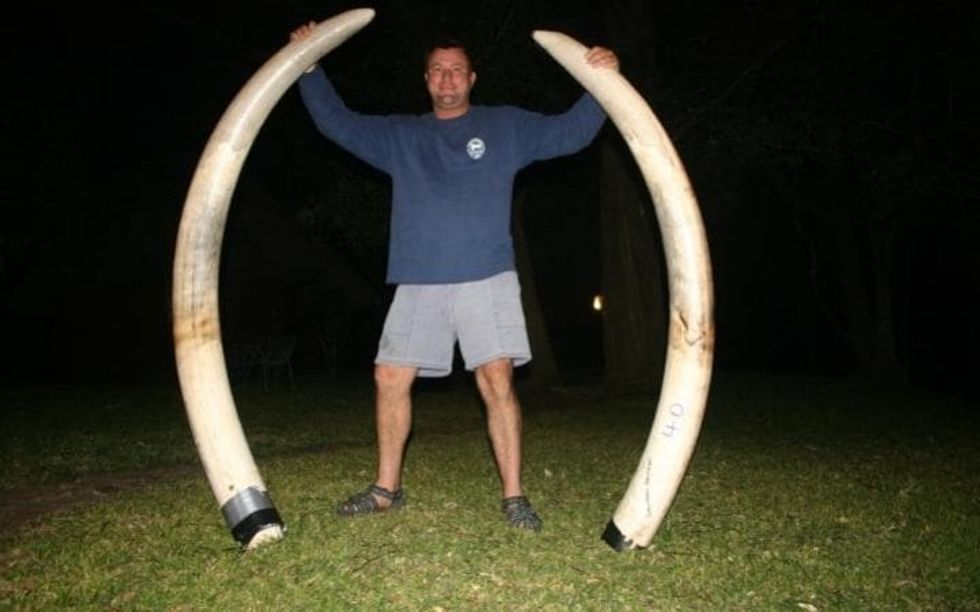 A professional big game hunter was reportedly crushed by an elephant while hunting in Zimbabwe.

According to Netwerk24, the hunter was identified as 51-year-old Theunis Botha of South Africa.

Netwerk24 was told by a source that a group of hunters, including Botha, fired on three charging elephant cows on Friday. A fourth cow was said to have lifted Botha with her trunk. And when that elephant was fatally shot by another hunter, it collapsed on Botha.

Botha was a pioneer of Monteira hunting, in which packs of dogs are deployed to chase deer and boar towards hunters. Netwerk24 reported that he recruited wealthy Americans to participate in his hunts.

"Mr. Botha was a highly regarded houndsman and frequently led leopard and lion hunting safaris with his pack of dogs," the Telegraph reported.