REVEALED: Governors are using mysterious 'social welfare' non-profits to prop up their administrations 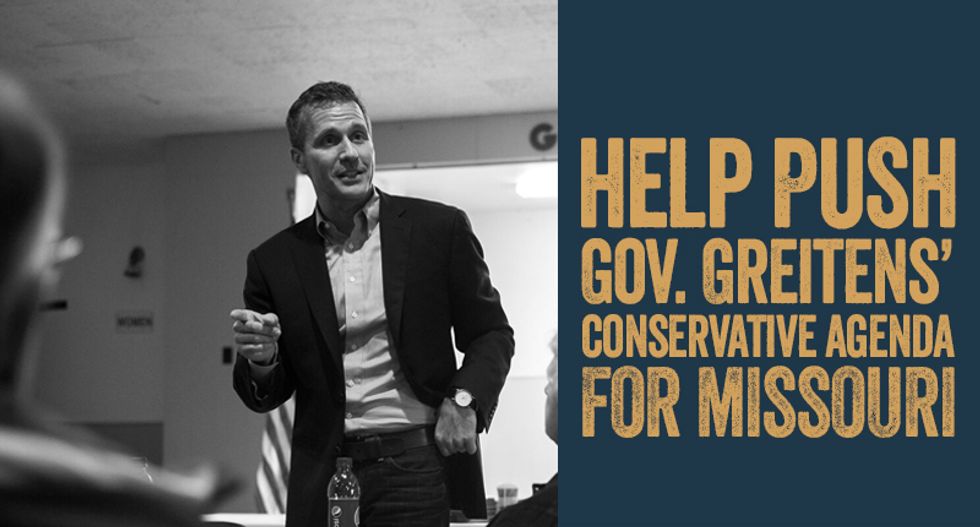 One defining trait of 21st century politics in America is the use of undisclosed, "dark money" to fund election campaigns. Increasingly, such dark money groups are being used not just to elect politicians, but to shore up the political standing of governors.

Take Republican Eric Greitens, for example. When Greitens was running for governor of Missouri, he received a $1.9 million contribution from an organization that is not required to disclose the original source of the funds. That contribution set the record for the largest contribution to a candidate in Missouri history.

Since winning his gubernatorial campaign, Greitens has been a leader in the use of undisclosed, "dark money" for governing.

"Since most states don't require 501(c)(4) to reveal much about what they're doing, they've become increasingly popular fundraising mechanisms to help governors," Rosenbaum explained.

Greitens' campaign team has set up two different 501(c)4 "social welfare" organizations since election day. The name refers to the title of the tax code that governs such organizations.

Austin Chambers, Greitens' senior advisor, is coordinating among the nonprofit arm, the campaign arm, and the governor's taxpayer-funded state office.

Greitens has been heavily criticized for refusing to disclose the details behind the funding of his inauguration and privately-funded political travel.

"If there’s nothing to hide, why not just come out and say who’s paying for your flights?” Missouri state Rep. Greg Razer (D) told the Kansas City Star. “Large amounts of money are coming into this administration to pay for things, and we don’t know who’s paying for it. Who is bankrolling the system?”

"It's not just that it's unlimited, but it's also undisclosed," said Robert Maguire, a political nonprofit investigator for the Center for Responsive Politics, told NPR. "I doubt they want the public to know who's funding them – particularly if they're actual corporations that have any sort of business before the administration."

One legislator even suggested the lack of disclosure was akin to political money laundering.

“Creating a nonprofit to act as a washing machine for donations and gifts wouldn’t be stopped by any of the ethics reform bills we’ve debated,” said state Rep. Gina Mitten (D).

While Gov. Greitens has been among the most brazen of Republican governors using 501(c)4 funds, his efforts should be viewed as part of a larger trend.

"Once it became so simple to raise and spend money in elections, it was only a small additional step to use the same tools in the policymaking arena," Maguire told Governing Magazine last year. “There are no limitations, like there are when they’re engaging in elections.”

However, the record for the most corrupt use of a 501(c)4 by a sitting governor has got to go to Republican Robert Bentley in Alabama. His dark money group, the Alabama Council for Excellent Government (ACEGOV) was at the center of the scandal that caused Bentley to resign from office last month. As part of a criminal plea agreement, Bentley was permanently banned from ever again seeking office in Alabama after using his dark money fund to pay Rebekah Caldwell Mason, who was Bentley's former senior political advisor and alleged mistress.