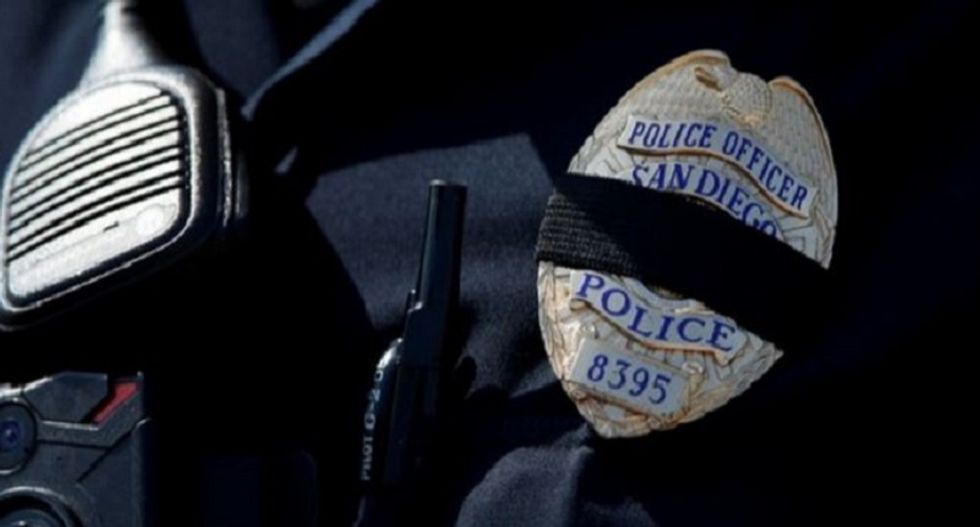 A San Diego police officer wears a black band around his badge due to recent police shooting as he works a scene near the location where a fellow officer was fatally shot and another was wounded late on Thursday, in San Diego, California, United States July 29, 2016. REUTERS/Mike Blake

Police in San Diego responding to an emergency call about someone in distress shot and killed a 15-year-old boy on Saturday after he pointed what turned out to be a BB gun at them.

The boy had made the original call, police said in a statement.

According to the statement, two officers responded to a 911 call requesting a welfare check on a 15-year-old standing in front of a school. The caller said the boy was not armed.

A boy at the school pulled a gun from his waistband and pointed it at one of the responding officers as they exited their patrol cars, the statement said.

The officers drew weapons and instructed the boy to drop the gun, but he refused and walked toward an officer, ignoring a second command to drop the gun and continuing to walk toward one of them.

Both officers fired, striking the boy several times. He was pronounced dead at a hospital.

The gun held by the teen-ager turned out to be a semi-automatic BB air pistol, police said.

The boy, who was not identified because of his age, was a local resident who was a student at the school where he was shot, police said.