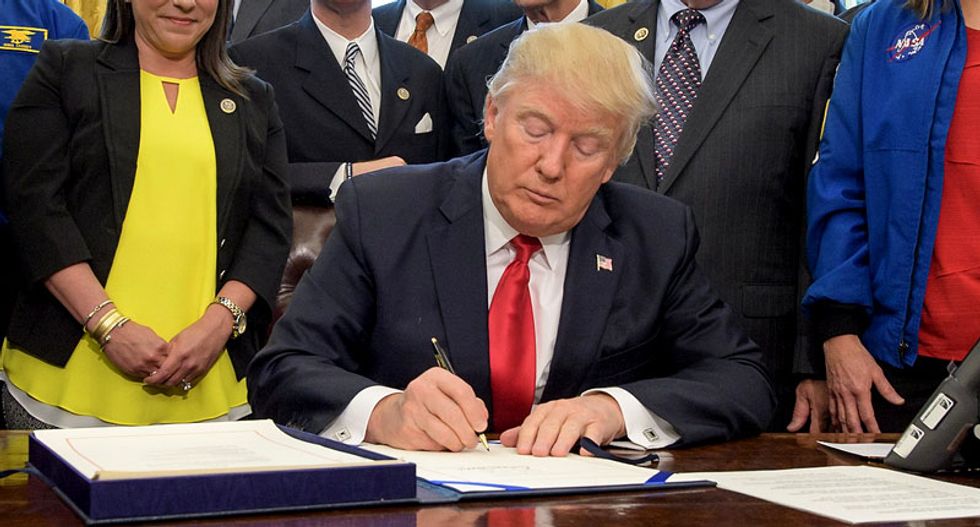 The Senate Intelligence Committee sent a request to the Treasury Department’s criminal investigation division for information related to Donald Trump, members of his administration and his campaign aides, CNN reports.

"We've made a request, to FinCEN [Financial Crimes Enforcement Network] in the Treasury Department, to make sure, not just for example vis-a-vis the President, but just overall our effort to try to follow the intel no matter where it leads," Sen. Mark Warner (D-VA) told the news outlet.

FinCEN is one of the lead agencies that fights money laundering.

As part of the House Intelligence Committee’s ongoing investigation into Trump’s Russian connections, Rep. Mike Quigley (D-IL) visited Cyprus in April, which “has a reputation as a laundromat for the Russians who are trying to avoid sanctions.”

“It was extraordinarily helpful in understanding how the Russians launder money and why,” Quigley said of his trip to the laundromat hotspot.

An Oklahoma corrections officer is headed to prison after he was caught using white supremacist gangs to go after Black inmates in his own personal hit squad.

The Justice Department reported on Monday afternoon that Matthew Ware of the Kay County Detention Center (KCDC) was sentenced to 46 months, nearly four years, in prison. It's unclear if the prison will be the one where he worked, however.