'She slapped the sh*t out' of him: Wanda Sykes nails Yates' masterful takedown of Ted Cruz 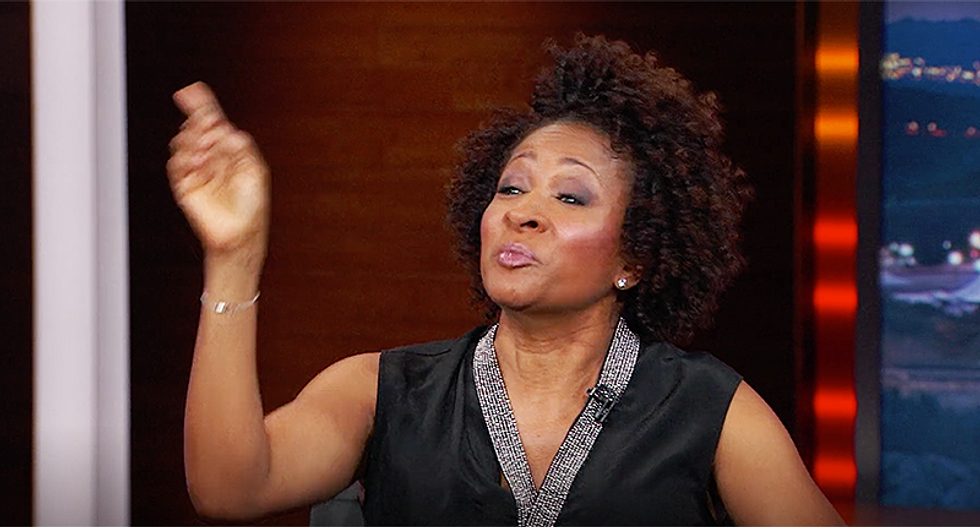 Comedian Wanda Sykes watched the testimony of former acting attorney general Sally Yates before Congress yesterday and found her interactions to be not only insightful but entertaining as well.

“She slapped the sh*t out of Ted Cruz!” Sykes exclaimed during an interview with "Daily Show" host Trevor Noah. Sykes called it an outright "beatdown."

When it came to Sen. John Cornyn (R-TX), Sykes said Yates left him dumbfounded and stuttering. "She just had him like, 'Uh, um, uh, uh. Blahda-ah.' And she was like, 'No! What I said was -- I said it was unlawful.'" Sykes said waving her finger. "She didn't do this, but I saw it in my mind. 'It was unlawful. That's what I said.'"

When it came to Sen. John Neely Kennedy (R-LA), Sykes said he embarrassed himself.

"He got so flabbergasted at one point he turned into Colonel Sanders and he was like, 'Well, lookie-here, missy! Hold on, now, missy! We don't have no gal talk up here like that.' It was beautiful. They didn't know what to do with that woman. She was so cool and they just lost it. They were just -- oh, it was just beautiful."

Sykes prophesied that the next thing we'll see happen is Rep. Maxine Waters (D-CA) will headbutt Speaker Paul Ryan (R-WI). "That's what I'm hoping for. Just mmm," she said mimicking the literal smackdown. "Like she's talking and he gets a little too close."

In perhaps one of the best ideas ever, Noah suggested someone start a "Wanda Sykes Tells You What Happens in Politics" show.

Watch the video below. You're welcome.