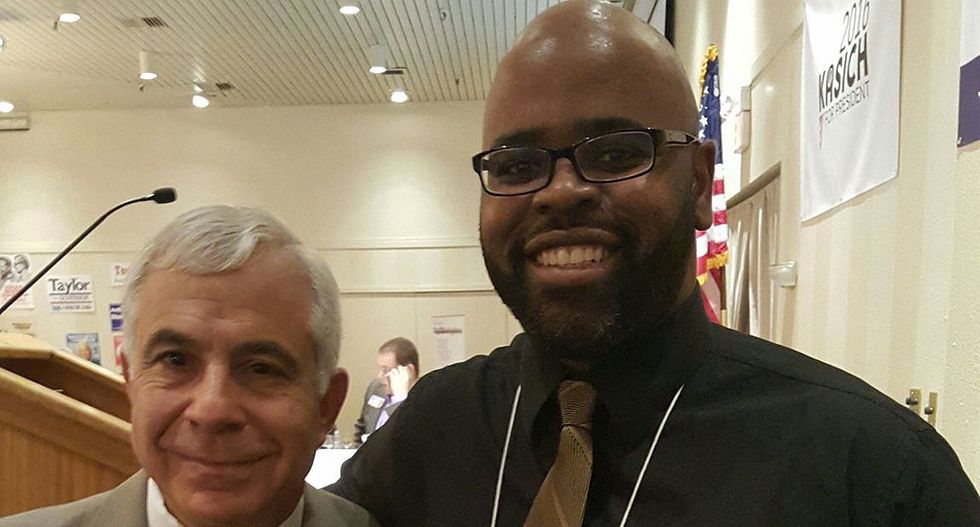 An Alaskan newspaper editor on Wednesday said a state senator slapped a reporter on Tuesday in a stairwell at the state Capitol, Alaska Dispatch News reports.

Nathaniel Herz, a reporter for ADN, filed a police report with the Juneau Police Department alleging Sen. David Wilson (R-Wasilla) struck him when he confronted the senator about his Senate Bill 90, which would end a grant program for Mat-Su social service groups.

As ADN reports, the paper on Sunday published an article by Herz about SB 90 that noted Wilson’s former employer, Alaska Family Servoces, wouldn’t be impacted by the bill.

According to Herz, he caught up with Wilson on Wednesday to discuss his article, asking if he thought the story was “reasonable” and “fair.” According to a transcript of Herz’s recording, Wilson repeated Herz’s question, exhaled loudly, and made contact with the report’s face.

“There we go,” Wilson said as he walked away.

Moments later, Herz turned to a woman, identified as Sen. Mia Costello, and told her about the events that just transpired.

"He, uh, slapped me," Herz said, according to the audio. "That was interesting."

Herz said while he’s “not enthusiastic” about going to the police, he felt he “couldn't accept this kind of behavior from a public official.” Dispatch News Editor David Hulen said the paper stands behind Herz.

"We support our reporter. It's not OK for a legislator to strike anyone,” Hulen said.

"The Senate expects professional conduct and decorum from all members,” Senate majority spokesperson Daniel McDonald said Wednesay. “Until the full facts surrounding the situation described are available, we have no further comment.”

The ADN reports Wilson has yet to speak with Herz about the exchange.

Listen to the audio below, via ADN: