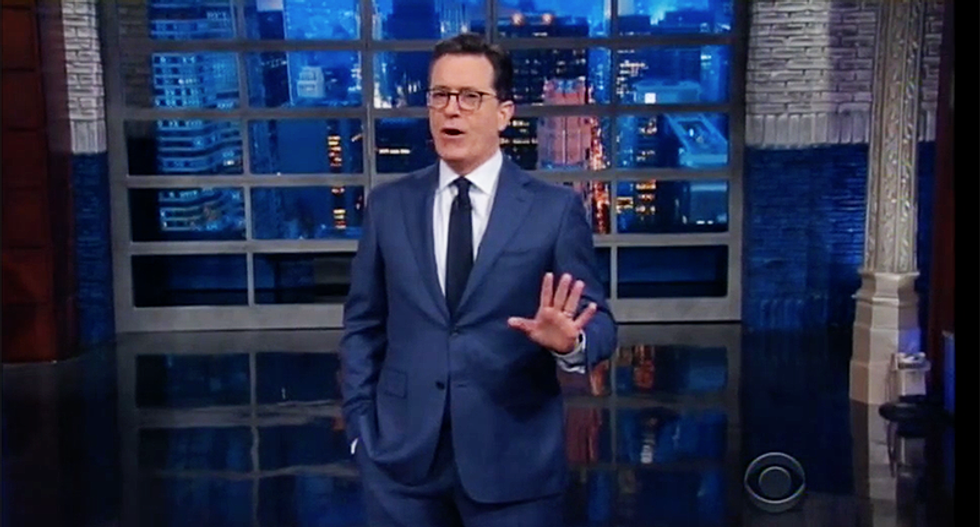 On Monday, Stephen Colbert decided he would not let the president's insults of his CBS colleague John Dickerson go unchallenged. (President Trump had called Dickerson's show, "Face the Nation," "Deface the Nation" before prematurely ending an interview with him at the White House after he asked about the president's claims that President Obama wiretapped him.) In…