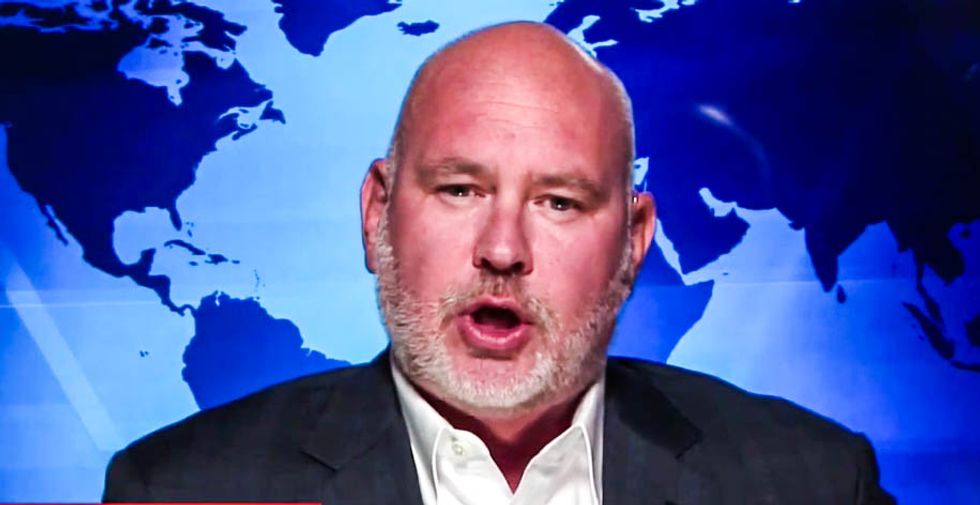 Following the widely-circulated Washington Post report claiming that President Donald Trump revealed classified intel to Russian officials in their bizarre Oval Office meeting last week, one Republican strategist is indicting his own party for shirking responsibility in favor of loyalty to the president.

"You see a real dereliction of duty on the part of the majority party, the Republicans in Congress willing to put the national security of the country first as opposed to fidelity to dear leader," Schmidt told MSNBC's Chris Matthews.

Schmidt also decried "ineptitude, the incompetence, the dishonesty that we've seen over the last weeks" from President Trump.

"It seems the president is bragging about having access to the covert programs, jeopardizing the national security of the United States," he told Matthews. "Let's remember, also, how disturbing it is that President Trump held this meeting in the Oval Office. He allowed Russian news media, to enter the Oval office with electronic equipment. There was no American press."

Watch the entire segment below, via MSNBC.