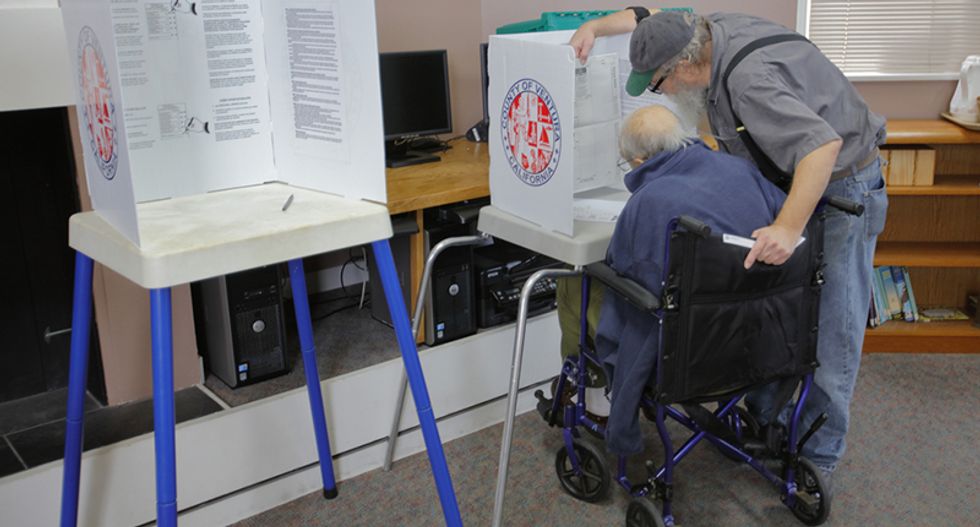 The Texas House of Representatives gave preliminary approval on Tuesday to a new bill on showing identification when voting after a previous voter ID law was struck down by U.S. courts which said it discriminated against black and Hispanic people.

The measure called Senate Bill 5 is intended to remedy flaws found by courts in the previous Republican-backed law. It allows people who cannot produce an authorized photo ID to show other documentation such as a utility bill or bank statement and sign an affidavit stating that they had a reasonable impediment in presenting an authorized ID.

Critics contend the measure backed by the Republican-dominated lawmakers will still exclude ethnic minorities, who tend to support Democrats, and imposes harsh penalties of up to 10 years in prison for lying on the affidavit.

Texas is the most-populous Republican controlled state. For more than 20 years, the party has won every statewide race for offices such as governor or U.S. senator. But shifting demographics have given hopes to Democrats that they can one day turn the state to their column, which would alter the U.S. political landscape.

The original voter ID measure was signed into law in 2011 by then Texas Governor Rick Perry, a Republican. It was considered one of the nation's strictest and has been subject to years of court challenges, with the laws opponents saying it could exclude up to 600,000 voters.

In January, the U.S. Supreme Court declined to hear an appeal by Texas seeking to revive the state's strict Republican-backed voter-identification requirements.

Critics had said the Texas law and similar statutes enacted in other Republican-governed states were tailored to make it harder for minorities including black and Hispanic voters, who are less likely to have the authorized IDs, to cast ballots.

Backers of these laws have said they are necessary to prevent voter fraud, despite little evidence of such fraud.

Both the previous law and the measure in the Texas legislature list authorized photo ID to include: a driver's license, U.S. military ID, a U.S. passport and a Texas concealed handgun license.

The Texas Senate approved SB 5 in March and on Tuesday the state House of Representatives preliminarily approved the measure. Final votes on the bill may be held on Wednesday, media reported.

Texas used a similar system as outlined in the bill in the 2016 election after being ordered by a federal court to weaken its voter ID law.