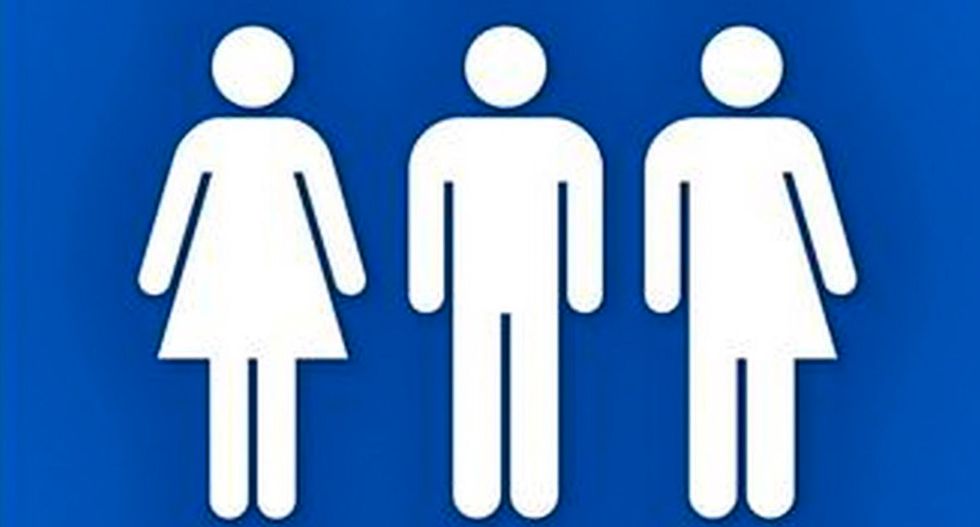 The Texas House of Representatives gave formal approval on Monday to a bill that would restrict bathroom access for transgender students in public schools, a measure that critics say promotes discrimination against such children.

The state's Republican-controlled legislature has been at the forefront in advancing measures seen by backers as protecting traditional values and religious liberty but criticized by civil rights groups as eroding protections for lesbian, gay, bisexual and transgender, or LGBT, people.

The Texas House gave preliminary approval on Sunday night to the bill, which requires public school students to use bathrooms, changing facilities and locker rooms that match their biological sex, not the gender with which they identify.

Under the bill, school districts have to accommodate students who do not wish to use a common facility based on biological sex with a single-occupancy facility, or a multi-occupancy facility if its use occurs when no one else is present.

The measure is narrower in scope than a bathroom bill passed along mostly party lines by the state Senate in March that extended to state universities and public buildings.

The Senate bill is similar to one enacted last year in North Carolina. The North Carolina law prompted economic boycotts and the loss of sporting events, and was later revamped in the face of criticism.

The more limited House measure is seen as a way to avoid an economic backlash in Texas, analysts said.

"It is absolutely about child safety," Republican state Representative Chris Paddie, who managed the bill, said in House debate on Sunday.

The measure heads back to the Senate for consideration of changes made since it was in that chamber. Republican Governor Greg Abbott has said he supports a bathroom bill.

The legislature on Monday also sent to the governor a bill allowing adoption agencies to reject families on religious grounds, an action slammed by critics as discriminatory against LGBT Texans and non-Christians.

LGBT rights groups said they would challenge the adoption bill in court if it became law, arguing discrimination in the name of religion had no place in the state.

The bill's backers, which include several Christian groups, said it banned no one and had a mechanism for the state government to offer alternative adoption providers if any service is denied for religious beliefs.