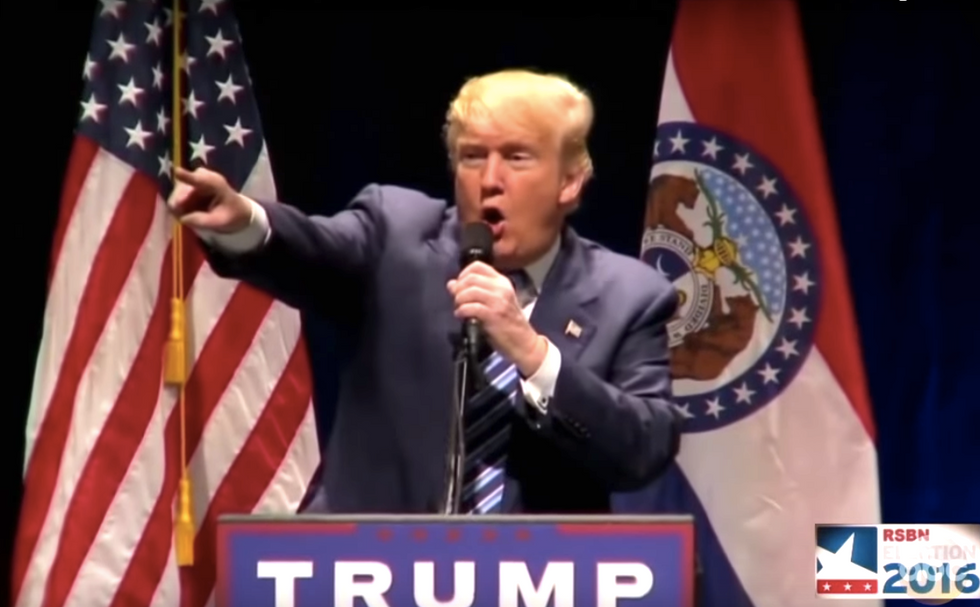 On Saturday, President Donald Trump spoke to the graduating class at Liberty University, where he railed against his critics and the media and told the assembled audience, "In America, we don't worship government. We worship God."

"But for those colleges he won't be able to get to, we've put something together," said Kimmel on Friday night, according to The Hill. "This is an all-purpose commencement speech of bigly importance from the president of the United States."

He then played a compilation of some of Trump's statements including good advice like, "If someone screws you, screw them back in spades," "The American dream is dead," and -- from a Liberty University speech -- "Always have a prenuptial agreement, but you don't need that because you people never get divorced!"