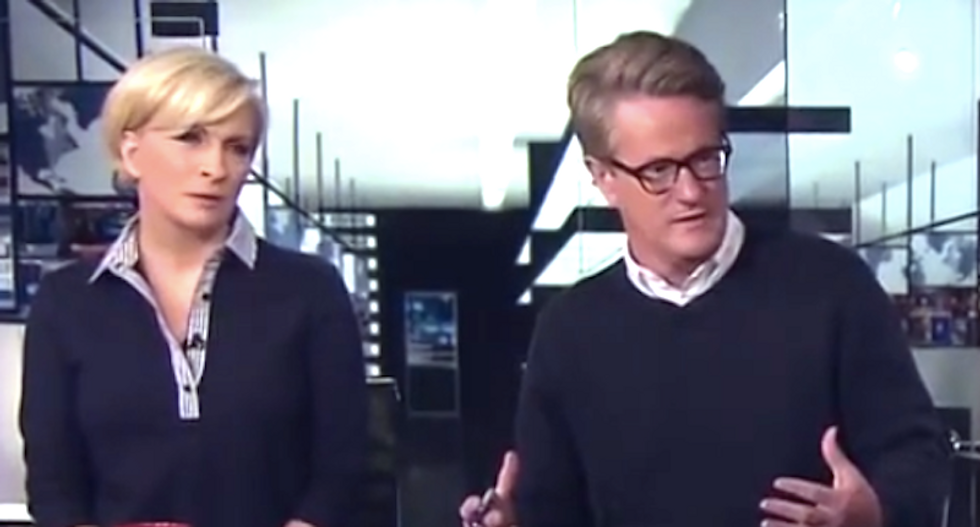 Only two White House officials fit the description of the "significant person of interest" targeted in the ongoing Russia probe, according to panelists on MSNBC's "Morning Joe."

The Washington Post reported Friday that the law enforcement investigation had reached "the highest levels of government" to include a current White House official who is close to the president.

"There are some facts that emerged weeks ago that I think are going to get more attention," said David Ignatius, a columnist for the Post. "Jared Kushner, now senior adviser to the president, we know, met with (Russian) ambassador (Sergey) Kislyak, accompanied by Mike Flynn, back during the transition period."

Kushner, who is President Donald Trump's son-in-law, met in December with Kislyak and Sergey Gorkov, a graduate of Russia’s spy school who now heads Vnesheconombank, but failed to disclose the meeting on his security clearance forms.

"Those events, whether they have anything to do with this latest investigation, will be part of where this goes," Ignatius said. "Kushner offered to testify, voluntarily, before the Senate Intelligence Committee many weeks ago about the facts I just described."

Host Joe Scarborough pointed to comments by the White House chief strategist that may have taken on new significance, and he also pointed out that the White House counsel also fit the description of the official under investigation.

"One of his rivals, Steve Bannon, was telling reporters he didn't have to worry about Kushner because Russia would take care of him," Scarborough said. "That's there. Also you have to look at -- since we said Jared's name, we might as well -- the other person, Don McGahn has been in the middle of everything from the very -- I'm not suggesting that he is one of those, but if you were narrowing it down to one (or) two."

Robert Costa, a Washington Post reporter, declined to speculate on the official's identity, said Trump associates faced questions about possible obstruction of justice in addition to the ongoing Russia probe, and Scarborough said administration officials were simply ignorant of the basics of governance.

"It has been one of the great frustrations of everyone that has spoken with them since the day after they were elected," Scarborough said. "They think (they're) big real estate people from New York City, and those schmucks down there in Washington, D.C., don't know how to run anything. We've run huge corporations, we have changed the face of New York City, and anybody telling us how to do things -- they're just simpletons."