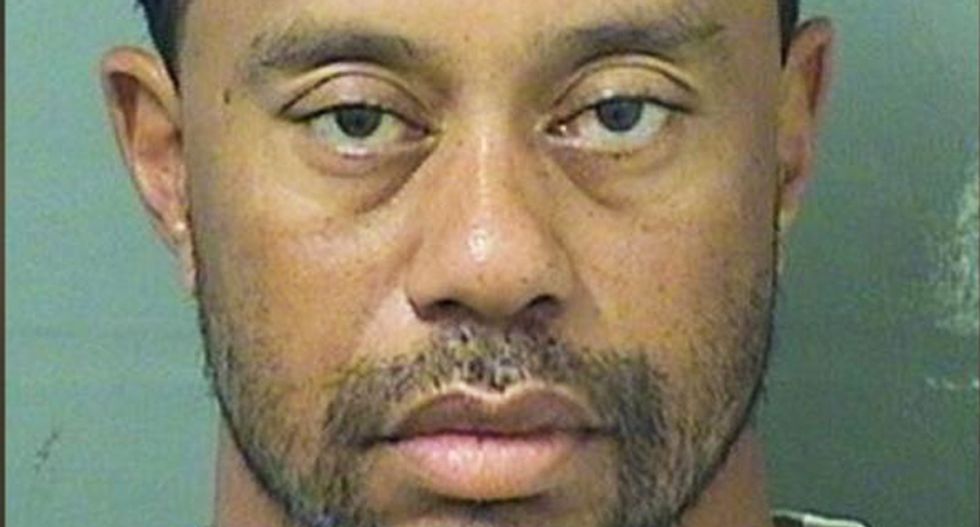 Tiger Woods was asleep at the wheel of a Mercedes-Benz stopped on a Florida road and did not know where he was, said a police report released on Tuesday, a day after the former world No. 1 golfer was arrested on a charge of driving under the influence. Woods, 41, blamed the incident on medications.

Woods had "extremely slow and slurred speech" after being awakened by a Jupiter police officer, who found the car the golfer was driving stopped in the right lane of the roadway and still running with the right blinker light flashing, the report said.

Woods was heading south, away from his Jupiter Island home, before his arrest at about 3 a.m. (0700 GMT) on Monday, according to the report. It said Woods was cooperative but had a hard time walking and keeping his eyes open.

The police report said that during his interaction with the arresting officer, Woods "changed his story of where he was going and where he was coming from." At one point he indicated he was returning from a golf trip in Los Angeles, the report said.

The athlete, currently sidelined from competition after his fourth back surgery in April, said on Monday that an unexpected reaction to legal drugs led to his arrest on the DUI charge.

He also was cited for improper parking. Two breath tests showed Woods' blood alcohol content to be zero, according to the report, which added he performed several field sobriety tests incorrectly.

"I want the public to know that alcohol was not involved," Woods said in a statement. "What happened was an unexpected reaction to prescribed medications. I didn’t realize the mix of medications had affected me so strongly."

Woods apologized, saying, "I will do everything in my power to ensure this never happens again."

Woods, who is second on the all-time list with 14 major titles, was released from jail on his own recognizance and is due in court on July 5, records show.

This was not Woods' first run-in with Florida police. A bizarre early morning car crash outside his then-home in 2009 rapidly ballooned into a sex scandal involving allegations of extramarital affairs with several women.

His previously unblemished life and career were turned upside down as he lost both his marriage and some lucrative endorsement deals.