Trump met a very unhappy pope, and the Photoshop treatments were immediate and divine 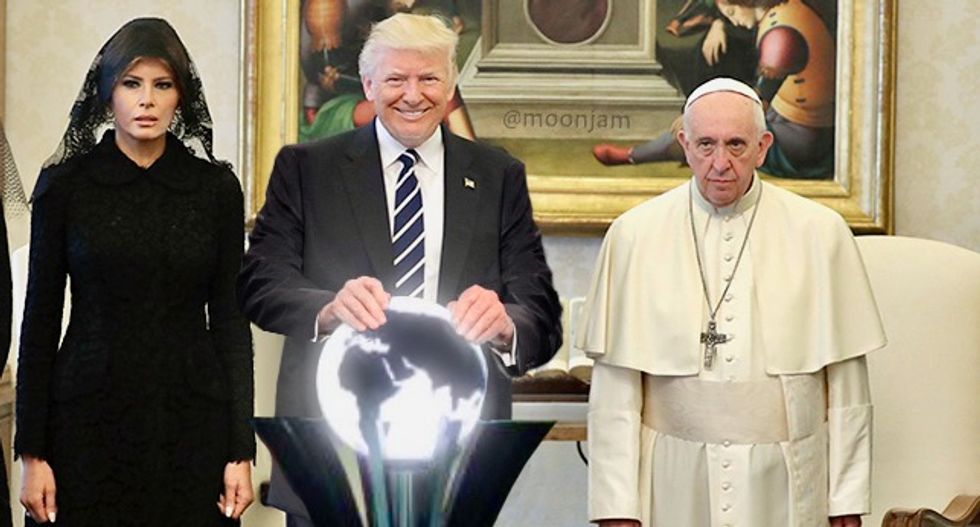 In the wee hours of Wednesday morning, while America slept, President Donald Trump was at Vatican City meeting with Pope Francis. Their meeting was a very anticipated moment, even billed as the “Sistine Showdown.” And while pundits for the president and the pope both claimed that the pair had a very productive and cordial meeting, a…