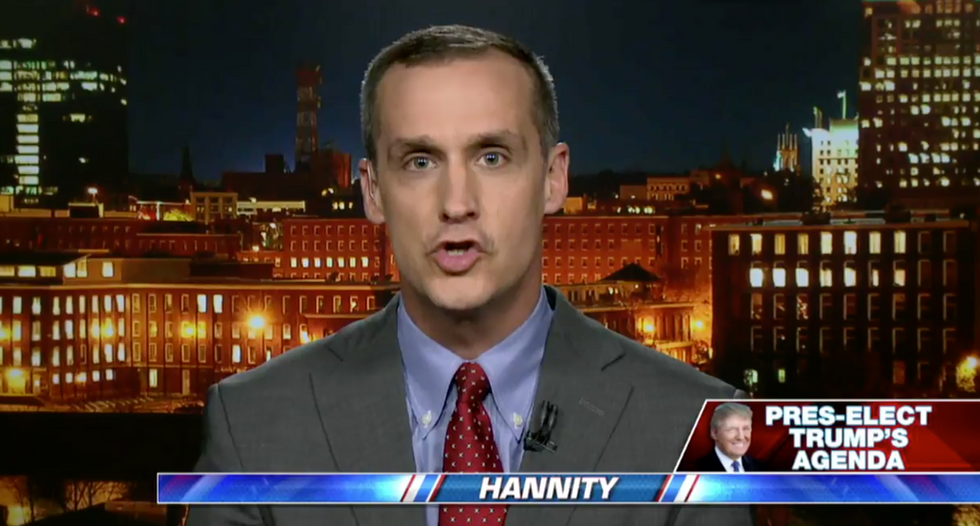 In a text message, Lewandowski pushed back on that claim, insisting he’s not in “talks with anyone” about joining the White House.

Lewandowski was Trump’s campaign manager until June 2016 after clashing with Trump campaign chairman Paul Manafort. During his time as campaign manager, Lewandowski was involved in several incidents involving the press; in March 2016 he was charged with one count of simple battery after forcefully grabbing former Breitbart reporter Michelle Fields. The charges were later dropped.

The move comes as a series of scandals grip the young administration. Last week, deputy FBI Director Rod Rosenstein named Robert Mueller as a special counsel to oversee the ongoing probe into Russian interference in the 2016 election and possible collusion with the Trump campaign. The president has denied any wrongdoing.