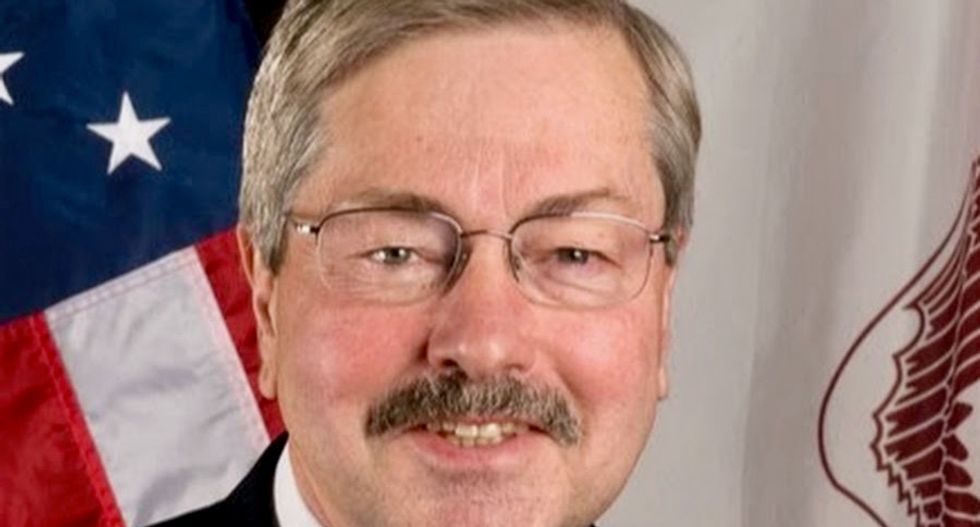 President Donald Trump's nominee for ambassador to China promised on Tuesday to take a firm line with Beijing on issues from North Korea to trade disputes and human rights, and seemed poised for an easy confirmation by the U.S. Senate.

Iowa Governor Terry Branstad said he would use his decades of experience with China to press Beijing to do more to encourage North Korea to curb its nuclear ambitions.

"There's other things they can do diplomatically and economically to send a clear signal that they, as well as the United States and other countries in the world, do not tolerate this expansion of nuclear technology and missiles," Branstad said at his confirmation hearing.

Pressed, Branstad said "there may well be" a role for measures such as imposing secondary sanctions on Chinese banks or other entities that violated U.N. Security Council resolutions by doing business with Pyongyang.

Chinese President Xi Jinping has called Branstad, 70, an "old friend" after decades of dealings on agricultural trade. But the Republican governor insisted he would take on difficult issues complicating Washington's relationship with its largest trading partner and major creditor.

That would contrast with Trump's recent warm words for Xi, which have caused some U.S. allies to wonder if Trump's focus on working with China on North Korea means Washington may not still have their backs.

"The fact that the leader of China calls us an old friend, doesn't mean that I'm going to be at all reluctant or bashful of bringing up issues ... be it human rights or intellectual property rights," Branstad told the Senate Foreign Relations Committee.

They had tough words for China.

Senator Bob Corker, the panel's Republican chairman, blasted China's actions in the South China Sea, and "cyber theft of intellectual property." He warned against focusing on short-term goals at the expense of long-term U.S. interests.

"There's no country in the world that we have so many issues with," Corker said.

Branstad took a hard line on the South China Sea, saying, "China cannot be allowed to use its artificial islands to coerce its neighbors or limit freedom of navigation or overflight."