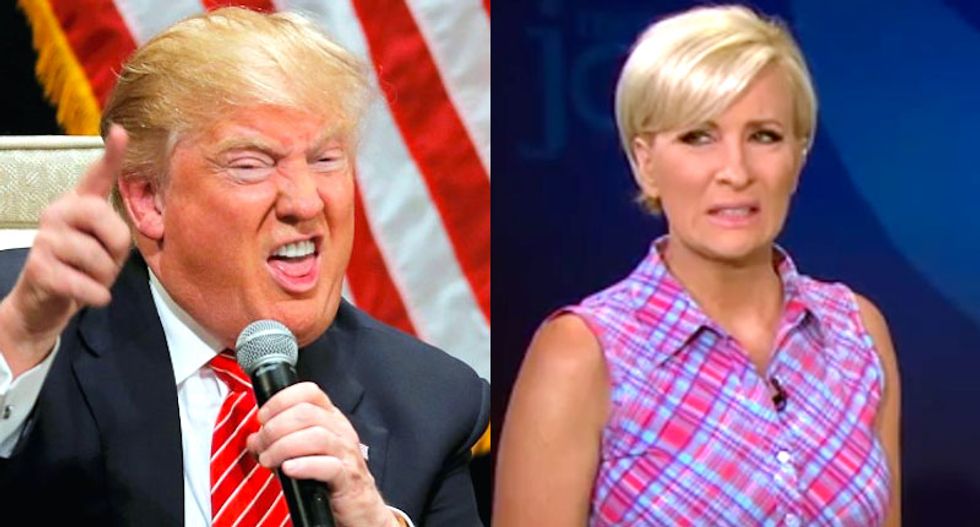 News broke on Thursday that Morning Joe co-hosts Joe Scarborough and Mika Brzezinski got engaged this past weekend -- and a new report claims that President Donald Trump wanted to be involved with their wedding ceremony.

According to Vanity Fair, both Trump and his son-in-law, Jared Kushner, offered to marry Scarborough and Brzezinski during a meeting with the couple earlier this year. In fact, Trump told them he'd be willing to host the wedding at either the White House or Mar-a-Lago.

However, Brzezinski tells Vanity Fair that she immediately recoiled from the offer.

"The White House that I grew up in was an amazing place," said Brzezinski, whose father served as a counselor for President Lyndon Johnson and as national security adviser for President Jimmy Carter. "If it weren’t Trump, it might be something to think about. The mental picture is just fascinating, but the reality is just... no. No, no, no, no, no."

Scarborough and Brzezinski have been co-hosts of Morning Joe ever since the show’s inception in 2007. Although rumors have frequently swirled about their romantic involvement, the two never publicly confirmed their relationship until this week.